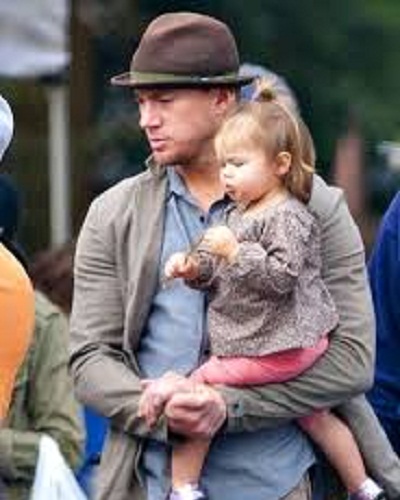 Despite daughter Everly’s age, Channing insists his baby girl has seen the live production of Magic Mike live even though it’s highly unlikely to be age-appropriate.

“She has already been to the show,”

the actor, 36, told Extra before the show’s premiere at the Hard Rock Hotel & Casino in Las Vegas on Friday, April 21.

“She is running around here like crazy. We keep it very casual and positive around here.”

“It has a story on some level,”

“The big takeaway was that we wanted it to be this really base-level experience. We want people to leave and still think about it after they leave.”

“The thing that I like to say is that it will be exactly what you want it to be,”

“We have a safe word and you will find it out in the show that everyone can use and the guys actually listen. You will need a safe word, just so you know.”

The story behind the physique

Although the youngster is unlikely to understand much of the storyline, fans are truly in for a surprise by the actor’s revelation, which came shortly after he revealed he was fat before the role.

Channing who co-parents his daughter with wife Jenna Dewan-Tatum had to go on a rigid diet to get rid of extra fats and get in shape for the stripper sequel.

“I was super fat when I started. It was daddy fat. Actually, it was every kind of fat.

“I haven’t eaten for four days!”

Channing Tatum and his daughter

In this show, guests get red “you’re welcome” slips to applaud the performers, according to People. The show is an interactive one, with performers offering their abs for audience members to stroke, twirling them during slow dances, and even giving them foot massages, as written by USA Today’s Mallenbaum. As far as she could tell, none of her fellow audience members had used the safe word “unicorn” that Tatum had mentioned in his Extra interview.

“Every step of the way!”

“She is the one I gave the first lap dance to in the first Magic Mike.”

Channing Matthew Tatum (born April 26, 1980) is an American actor, dancer, and former stripper. Tatum made his film debut in the drama film Coach Carter (2005). His breakthrough role was in the 2006 dance film Step Up, which introduced him to a wider audience. More bio…

Nolan Gould is a ggay ay or he has love relationship in his life? Let’s know about his personal life!!!
Tags : Actor dancer