Chantel Jeffries is an American renowned model. Although her career took on a successful path her love life could not able to do so. She drifted from one person to another seeking the love of her life.

Jeffries has been in a romantic relationship with many renowned celebrities. Some relationships lasted long whereas others ended in the blink of an eye. Till today’s date, she isn’t married and there isn’t any solid proof which leads towards her children. Some of her relationships are listed below which we know of:

Jeffries is currently in a romantic relationship with Wilmer Valderrama. The couple started dating since June 2017 and they seem to be happy together. Only time will tell if this relationship will last till marriage or the history is going to be repeated again. Recently, the couple has been spotted together dining at TAO.

Jeffries and Scott Disick relationship did not last for long. The couple dated for a short time in 2017 but also they became successful to be the hot gossip at that time. The couple was spotted on a yacht in Monaco while Disick’s hand was on to her bikini-clad ass. 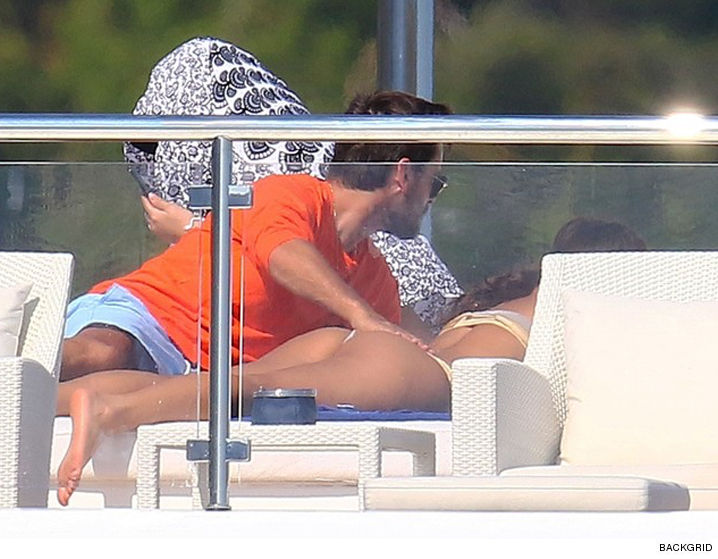 Jeffries and Kyrie Irving were in a romantic relationship in 2016. Jeffries was spotted with him in San Francisco for game 1 of the NBA Finals. After onwards, they were spotted on a Chick date. Their relationship started in March 2016 which soon ended in August 2016.

Jeffries and Jordan Clarkson started being in a romantic relationship in 2016. Clarkson hooked up with Jeffries after he dumped model Chanel Iman. The couple has been stopped together during All-Star Weekend and Clarkson enjoyed it as well.

Jeffries and Travis Scott came in a romantic relationship in the year of 2015. She was featured in his “90210” video and they were often spotted together. The couple has been in a relationship for a short period of time which is why there isn’t much information about them. While Travis Scott was in a relationship with Jeffries, he was also seeing Rihanna at the same time.

Jeffries rose to fame when she was rumored to be in a relationship with her pop star friend Justin Bieber. In 2014, she was rumored to be dating Bieber as they were often spotted together. Jeffries and Bieber came out from a hotel the next day with the same dress after he rented out a theatre for a private date night. The couple has been also found flirting in their Instagram. They were together at a time when Bieber was arrested in Miami for driving under the influence.

You may like to read Justin Bieber confirms his wedding to Hailey Baldwin and says that he is a married man!

The couple, Chanter and DeSean Jackson started being in a romantic relationship since 2012 and their relationship ended in 2013. She often shared their pictures while they were in a relationship. The couple split up because Jackson was pictured getting cozy with reality star Brooke Bailey.

Jeffries and Lil Twist started dating from October to December 2012. Being in a relationship for a short period there isn’t much information regarding them.

According to some source, Jeffries first boyfriend is Justin Combs. The couple has started dating since November 2011 which ended in October 2012. Due to some reason, her first love comes down crashing in front of her eyes.

Also read Billy Baldwin is happy for niece Hailey Baldwin but feels that she could have waited for a couple of years before getting married to Justin Bieber!

Bold and beautiful Chantel Jeffries is an American model and Social Media Personality. She rose to fame as a rumored girlfriend of pop star Justin Bieber.

She is an international renown model signed by Wilhemina Modeling agency. In addition, she is also a DJ and actress. See more at…

Pregnant Nikki Reed Gives Birth to a child With her husband, Ian Somerhalder: She is a bay girl!!
Tags : Model