Came to the limelight after marrying the famous fashion designer, Marc Jacobs.

Char has openly admitted to being gay. Recently, he exchanged vows with his longtime boyfriend, fashion designer Marc Jacobs on April 6, 2019.

The pair started dating around three years ago. It was this relationship with Marc Jacobs which made him famous. Marc is one of the most famous and influential designers of all-time.

Previously, he has been in a serious relationship which ended up on bad terms. This relationship inspired him for the rest of his life. 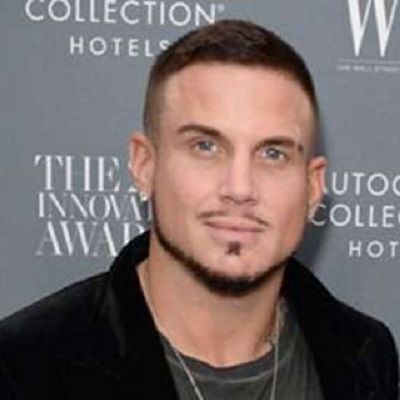 Who is Char Defrancesco?

Char Defrancesco is a businessman, model, and occasional actor. He came into the limelight after marrying the famous fashion designer, Marc Jacobs. Moreover, he has his own candle line called A Bougie Candle By Char Defrancesco.

Char was born on March 8, 1981, in Switzerland. Currently, he is 38 years old. His parents owned a school in Lausanne, Switzerland. Their names are Gary Hallmark and Sony Hallmark. Unfortunately, his parents divorced when he was just three years old. So, it is safe to say he did not have an easy childhood life.

Additionally, his siblings’ names are Jonathan Defrancesco, Jamie Stoltz, and Jennifer Stoltz. However, his ethnicity is Italian. He is of American nationality.

Defrancesco studied and graduated with a degree in political science from the University of California, Los Angeles.

Defrancesco studied political science at the University of California, Los Angeles. However, he turned in a different direction after graduation. His first step into the fashion world came with the launch of his own clothing store. His store targeted trendy and hip dad fashion. Unfortunately, the store shut down after it went to lose.

After that, he went to New York and started his career as a model. Additionally, he thrived as a model. After returning to L.A., he began working as a bartender.

At a point in his career, one of his relationships ended bitterly with a breakup. This breakup inspired him to do better and to work harder. He shared a lot of pictures on social media. This helped him gain popularity and pushed him towards a career in interior design. After his meet with Jacobs, he started traveling constantly. Unfortunately, this meant that he couldn’t take on as many interior projects as he did before.

When his professional life was still in its beginning, Char realized he was spending more money on scented candles than on rent. But, he was not getting his money’s worth of the expensive fragrance. So, he did some research and decided to make his own candles out of coconut wax.

Now, he owns the ‘Get Lit’ by Char candle collection that includes two types of candles called ‘Lit’ and ‘Bae.’ Additionally,  he has Marc Jacobs himself to guide him in his work.

So far, Char Defrancesco has not won any awards. Similarly, he has not received any nominations.

Different online sites have put his net worth differently. However, according to notable online sources, Char has an estimated net worth of around $5 million. However, his annual income is still under review. His source of income is selling candles, modeling, etc.

There are no rumors about Char. Similarly, there are no controversies or scandals surrounding Char.

Char has a height of around 5 feet 11 inches. In addition, he has a reported weight of about 75 kg. Moreover, he has green eyes and black hair.

You may also like to read about the bio, career, net worth of Sean O Pry, Scott Eastwood, Taylor Lautner.