The prima ballerina at Joffrey Ballet, New York, US. 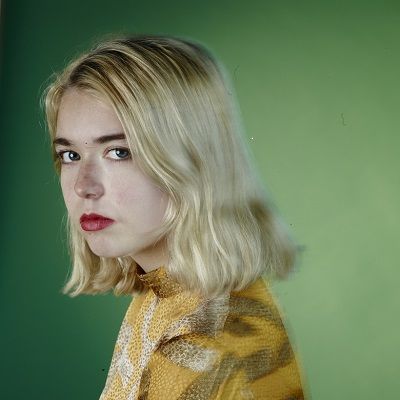 “But there’s more to me than hair,”

“I’m strong-willed, independent and a neatnik."

"I’d rather clean my apartment than go to a French restaurant. My idea of true sensuality is being comfortable with myself—a pair of tight jeans, T-shirt and bare feet, a sort of Manhattan-style Daisy Mae.”

Gary MacDougal is among other capacities of note, the Chairman & Executive of Mark Controls Corporation, A Fortune 1000 company.

Charlene and Gary together have two sons:

-Gary Jr. MacDougal is the Principal of The Taurlin Group.

-Michael MacDougal is the CEO of Fiberesin Industries.

Among many notable dancing partners, Charlene partnered in the Afternoon of the Fawn with Rudolf Khametovich Nureyev of Mariinsky Ballet School fame.

This famous ballet was choreographed by Vaslav Nijinsky for the Ballets Russes.

Charlene Gehm-MacDougal was born Charlene Gehm on the 14th of December 1951. She is the daughter of Charles W. Gehm and Verna M. of Ormond Beach Florida and they belong to Anglo-Saxon origins.

Beginnings of a Ballerina

At the age of 17, Charlene received a scholarship as an apprentice in New York’s Harkness Ballet. Later she worked at Washingtons’s National Ballet, followed by the Chicago Ballet.

Thereafter Charlene joined Joffrey’s Ballet in New York. The highlight of her career was when in 1979, Rudolf Nureyev selected her as ballet partner in the world-renowned Afternoon of a Faun. This was a performance of fairy tale proportions and which was acclaimed worldwide.

This performance, Afternoon of a Faun was later dramatized for TV and posterity.

From the word go, Charlene’s presence impacted the audience like nobody else. Among them were Nureyev, Charlene’s ballet partner, and Warren Beatty himself.

Even Robert Joffrey, the owner of Joffrey’s Ballet in New York has this to say about Charlene Gehm-MacDougal: “… people want to know who that girl is!” And this was in 1976 and thereabouts.

Mr. Joffrey further adds, “Charlene is the most gorgeous woman since Aubrey Hepburn put on leotard and tights.”

Despite audience adulation, Charlene reminisces that at Riviera Junior High, “… they always called me Boney Maroney, after the rock song. It was humiliating.”

Her mom Verna Mae adds “She just didn’t like food. Charlene agreed to attend after-school ballet lessons only because it was a way to get out of dinner.”

In fact, Charlene was once the ‘ugliest, skinniest kid on the block’.

Some of Charlene’s notable performances include Love Songs, with Tom Mossbrucker and Romeo and Juliet with Charlene herself as Lady Capulet.