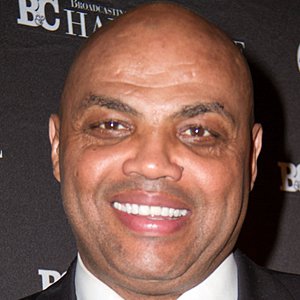 At some point, I don't want to have any obligation. And just chill out

I don't create controversies. They're there long before I open my mouth. I just bring them to your attention

My initial response was to sue her for defamation of character, but then I realized that I had no character.

What is the relationship of Charles Barkley?

Reflecting on the personal life of Charles Barkley, he is a married man. He is married to Maureen Blumhardt on 9 February 1989. The couple is living a happy married life together with their kid. In the same year of their marriage, the couple has been blessed with a daughter Christiana.

In 1995, he had an encounter with Kelli McCarty. His personal life isn’t in the limelight as his career path is. He is successfully keeping his personal life far from the tabloids.

Who is Charles Barkley?

Charles Barkley is a former American professional basketball player. He has played for different teams in the National Basketball Association (NBA) and is currently an analyst on the television program Inside the NBA. He is also an author who has published the book I May Be Wrong But I Doubt It.

This retired American professional basketball player was born and raised in Leeds, Alabama. He was born on 20 February 1963 as Charles Wade Barkley.

His mother’s name is Charley Glenn and his father’s name is Frank Barkley. Charles has two brothers: John Glenn Barkley and Darryl Barkley. He does not have any sister. He is of European, African, and American ethnicity with American nationality.

After playing for several years for the team 76ers, he was traded to the Phoenix Suns during the 1992-93 season. In 1993, he was named the NBA Most Valuable Player. Then he joined the Houston Rockets during the 1996-87 season. He was invited by Bob Knight to try out for the United States men’s basketball team for the 1984 Summer Olympics but he was cut because of poor defense.

Barkley retired from the professional NBA in 2000. On 20 March 2004, Phoenix Suns honored Barkley as well by retiring his jersey including him in the “Suns Ring of Honor”. Currently, he is working on the television program Inside the NBA. He has endorsed McDonald’s and T-Mobile.

His successful career helped him in earning a net worth of $50 million as of 2022.

In his college game, he has won numerous awards including Southeastern Conference (SEC) Player of the Year, three All-SEC selections, one Second Team All-American selection, and SEC Player of the Decade for the 1980s by the Birmingham Post-Herald. He forgoes his final year and made himself eligible for the 1984 NBA draft.

In addition, this talented basketballer for his contribution has received three Sports Emmy Awards for “Outstanding Studio Analyst”.

Once he argued that athletes should not be considered role models. This statement has created several controversies.

Charles Barkley has a height of 6 feet 6 inches with a bodyweight of 114 kg. He has black hair color and dark black eye color.