Updated On November 27, 2022 | Published By: Arun Mehata
Share this
Divorce 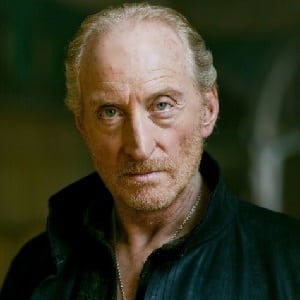 When you have a label stuck on you, people tend to believe it. If someone calls you suave and debonair you only get offered parts in a suit and a collar and tie. It just so happens I wear them reasonably well.

Hollywood seems to be now moving away from the idea of casting Brits as villains and is casting the French instead. It's something to do with the war, I suspect.

The quality of writing attracts me to films, also who the other actors are, who the director is, where it's being shot. Any or all of those things. But if the writing is really appalling then the money had better be really good. Sometimes you say yes to something you wouldn't always do because you need the money.

[1987 comment on Shirley MacLaine] She's an extraordinary woman, a little 'round the bend I think, but she's been doing what she does for a long time and she does it very well. Where Meryl Streep is intellectual, Shirley follows her gut. I like that better.

What is the relationship of Charles Dance?

Charles Dance was previously married to Joanna Haythorn. The pair married in 1970. They have two children together: Oliver Dance and Rebecca Dance. The couple later divorced in 2004. Furthermore, Charles also has a daughter with Eleanor Boorman named Rose Boorman.

Who is Charles Dance?

Charles Dance is an English actor, director, and screenwriter. People mostly know him for his role as Tywin Lannister in HBO’s ‘Game of Thrones.’ Additionally, he also portrayed the role of Guy Perron in ‘The Jewel in the Crown’ and Jonathan Clemens in ‘Alien 3.’

Dance was born as Walter Charles Dance in Redditch on October 10, 1946. He was born to parents Eleanor Marion and Walter Dance. His father was an electrical engineer and his mother was a cook.

Throughout his childhood years, he grew up in Plymouth. Charles became interested in the world of show business from an early age. He is of British nationality. Furthermore, he belongs to the mixed ethnic background of English, Belgian, and Irish.

In which school did Charles Dance attend?

Dance was initially a member of the Royal Shakespeare Company. Later, he made his screen debut in 1974, in the ITV series ‘Father Brown.’ In the same year, he also appeared in ‘The Inheritors.’ He also had roles in ‘Edward the King’, ‘Raffles’, and ‘Very Like a Whale.’ Charles appeared as Edward Hartford-Jones in the TV Mini-Series ‘Nancy Astor.’ Since then, he has appeared in several other movies and television series. All in all, he has over 100 credits as an actor.

Some other movies and television series that Dance has appeared in include ‘The Little Drummer Girl’, ‘Happy New Year, Colin Burstead’, ‘Johnny English Strikes Again’, ‘Hang Ups’, ‘The Woman in White’, ‘Euphoria’, ‘That Good Night’, ‘Underworld: Blood Wars’, ‘Me Before You’, ‘Pride and Prejudice and Zombies’, ‘Childhood’s End’, ‘Deadline Gallipoli’, ‘Woman in Gold’, ‘The Great Fire’, ‘The Imitation Game’, ‘Common Ground’, ‘Strike Back’, ‘Midnight’s Children’, ‘Rosamunde Pilcher’s Shades of Love’, ‘Your Highness’, ‘Ironclad’, ‘Paris Connections’, ‘Trinity’, ‘Consenting Adults’, ‘Fallen Angel’, ‘Starter for 10’, ‘Bleak House’, and ‘Last Rights’ among others. Furthermore, Charles also has 2 credits as a director and 2 credits as a writer.

What is Charles Dance’s net worth?

Dance has not revealed his current salary. However, he has an estimated net worth of around $ 5 million at present.

Dance has not been involved in any notable controversies in his career. Furthermore, at present, there are no rumors concerning his life and career.

Talking about his body measurement, Dance has a height of 6 feet 3 inches (1.91 m). Additionally, his hair color is blonde/grey and his eye color is blue.