Updated On January 26, 2023 | Published By: Chandler Bing
Share this
Married 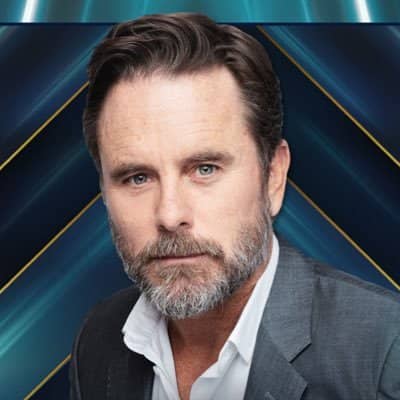 I hope I'm around long enough, or at least Addie is, to see leukemia as a thing of the past, and lymphoma as well. So many of the cures and discoveries relating to blood cancers are easily applicable to other cancers

I have to admit one of the most effective diets I've ever been on is the "they might make you take your shirt off on TV next week" diet. That's incredibly inspiring

My mother was always a big proponent of rest. ... I've become a bit of a nap ninja. I can sleep anywhere, at any time, for any amount of time. I find it very helpful.

What is the relationship of Charles Esten?

Charles Esten is at present in a marital relationship. He exchanged vows with his wife Patty Hanson on 02 Nov 1991.

Together this couple is blessed with three children. Their daughters are Taylor Puskar & Addie Puskar and their son’s name is Chase Pushkar.

The romance between this couple is heartwarming. In early March 2021, Charle posted a picture with his wife on her birthday. He wishes her and also said that he loves her to the sun and back.

Who is Charles Esten?

In addition, Charles is also a popular comedian and was appeared in the improvisation show Whose Line Is It Anyway?

As a singer, some of his singles are Undermine, This Town, Sanctuary, and more.

Who are the parents of Charles Esten?

He was born as Charles Esten Puskar III on 09 Sep 1965 in Pittsburgh, Pennsylvania, United States. His father is Charles Puskar and his mother’s name is Cynthia Puskar.

Charles’s ethnic background is a mix of English, Irish, Czech, Scottish, German, French, and has a sister named Cathy.

Talking about academics, he first attended classes at T.C. Williams High School and then enrolled at the College of William and Mary.

From the latter, he graduated in 1987 with a degree in economics.

Charles Esten’s featured TV movie was The Sleepwalker Killing (1977). His other TV movies are Late Last Night, 61*, The Johnny Chronicles, All Grown Up, and more.

In 2008, he was seen playing the role of Lewis in a comedy-drama movie Swing Vote. But Charles’s popularity is mainly associated with TV shows.

He is was a performer in a comedy show Whose Line Is It Anyway from 1999 till 2005. Again he joined the cast in the year 2017. His character Deacon Claybourne of Nashville is also loved by the audience.

His other notable TV shows and characters are,

He has earned a net worth of $4 Million (estimated) as of 2022. The average salary received by him is unknown.

For Leukemia & Lymphoma Society, he had done their commercial. The net worth of three popular actors are,

This musician/actor is keeping himself away from rumors and also not surrounded by any desperate scandals.

How tall is Charles Esten?

Regarding Charles Esten’s body features his height is 6 ft 1 inch and his body weight is 86 kg. In addition, he has dazzling blue-colored eyes plus his hair is dark brown.

Charles is available on social sites. He has more than 152k followers on Facebook and over 184k on Twitter.

Moreover, he has the most number of followers on Instagram which is more than 385k. He mostly uploads his pictures with family and friends.