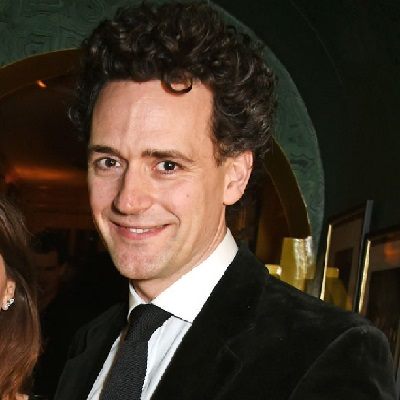 Charles Guard is a married man. His wife is no other than the actress, Felicity Jones.

The couple started dating back in 2015. After dating for around 2 years, in May 2017, the love birds made an announcement that they are engaged. They got married on the 30th of June 2018 at Sudeley Castle in Gloucestershire, England.

They had Castle theme weeding where At the wedding, he wore a black jacket with a purple tie and gray pants with a yellow vest. Also, the bridge accompanied him with a vintage-esque long-sleeved wedding dress.

Currently, the couple is expecting their first child. They make an announcement about the new in December 2019.

Who is Charles Guard?

British Charles Guard is a Golden Centaur Award-winning director and producer. He is renowned for his work as a director of the movie, The Uninvited.

His upcoming movie, Borderland is at the stage of pre-production.

Charles Guard was born on the 19th of December 1975 in England. Currently, his father, Howard Guard is a deputy Lieutenant of Hertford, HonDArt. His mother’s name is not disclosed.

Charles has a brother, Thomas Guard. Thomas is also a director and producer by profession. They are of British-French ethnicity.

Talking about the educational background, he graduated from Cambridge with Honors in History and English.

Moving forward, he directed the short-comedy, Round About Five. After that, he started directing the commercials ads campaigns for brands like Xbox, Sony Playstation, Stella Artois, Nokia, Stella Artois, Nissan, and Nike.

Later, in 2009, he made a debut in the film industry with the movie, The Uninvited. The same year, he directed the ads campaign for Audi that was premiered during the Oscar.

Apart from direction, his productions works include the short Round About Five and Inside – Out.

Also, his projects including commercials ads have a significant attribution to his net worth. Besides that, he also makes through his production works too.

As of now, he has made a clear image and has not been through any sort of controversy that created a buzz in the media. Also, there are no rumors linked with him.

Charles Guard has black eyes with black curly hair. His height is 5 feet 8 inches and weighs around 74 kg.

The beautiful couple, Felicity Jones is engaged to her boyfriend Charles Guard