Charles Halford is not dating anyone nor he is married to date. He has no plans of getting married and having kids as of 2022.

But, he might have at least 1 previous relationship which the public is unaware of. If there is any news regarding his marriage wiki will be updated. 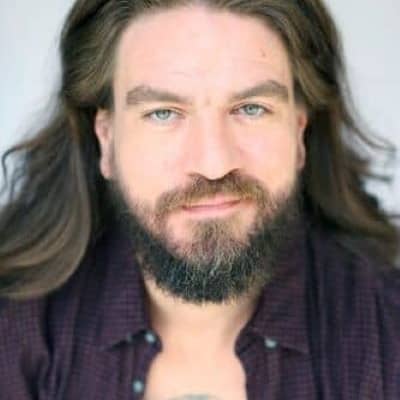 Who is Charles Halford?

Charles Halford is an American actor and voice-over artist. He featured as Big John on Netflix’s Outer Banks and as Johnny Drake in Law & Order: Special Victims Unit.

The actor was born on February 28, 1980, in Salt Lake City, Utah. The 41-year-old has a Caucasian-American ethnicity and has a Pisces zodiac.

The identity of Charles’s parents, father, and mother is hidden. In fact, his origin is not distinguished rather stays hidden due to privacy reasons. He has three siblings and is the youngest of the four.

Briefing Halford’s educational background, he went to Cottonwood High School. He was a stubborn child to deal with and has shown tantrums during school days which give hints on his acting skills.

Because of Charles’s participation in the Sundance Institutes workshops and labs as a stock actor, his acting skills are enhanced.

To begin with Charles Halford’s career, he started his work portraying serial killer Reggie Ledouxon on HBO’s True Detective season 1, where he starred opposite Matthew McConaughey and Woody Harrelson.

He featured as Boris Sokolov in the 2016 Television series Lucifer. He has also co-starred as Francis “Chas” Chandler as a main cast member on the NBC series Constantine.

His character Chas Chandler in the 2014 film Constantine is named for the bass player of The Animals.

Charles Halford is known for his deep and bold voice which supported his voice acting career. He has the voice of Lonnie in The Walking Dead: A New Frontier.

Charles has an estimated net worth of $5 to $10 million garnered from his acting career. He earns a handsome paycheque but his exact salary in figures is unknown.

Remarkably, there are no reported rumors and controversies relating to the actor Charles Halford. He does not mix his personal and professional lives.

He has a fair body complexion with brown hair and blue eyes. Additionally, he is fond of inks and has tattoos in his chest area.

Charles Halford is available on Instagram with the username @charlie_halford with 94 posts.

He also has 4264 followers on Twitter @Charlie_Halford and has a 3.2k fan following on Facebook as well. Other than that, he is unavailable on Tiktok and YouTube.