Updated On December 18, 2022 | Published By: Julian
Share this
In Relation 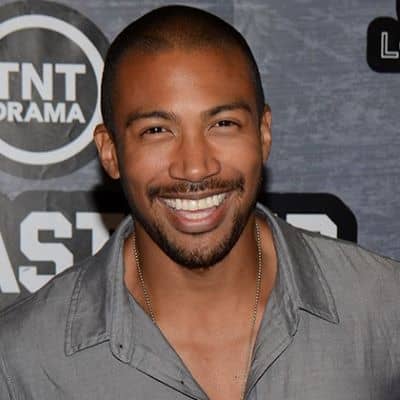 What is the relationship of Charles Michael Davis?

Davis is currently engaged to a Pakistani model and actress, Nida. They were engaged in October 2018. Even so, the exact dating period is not known.

Previously, he had a relationship with the choreographer and model Katrina Amato. However, they broke up on 19 September 2014, when Charles disclosed that he was newly single in an episode of the CBS talk show The Talk.

Who is Charles Michael Davis?

Charles Michael Davis is an American actor, producer, director, and model who is best known for his main role as Marcel Gerard in the famous series ‘The Originals’. He is also currently working in the series NCIS: New Orleans as the character Special Agent Quentin Carter.

Charles Michael Davis was born on December 1, 1984. He was raised in Dayton, Ohio. So, he holds American nationality and belongs to the African-American-Filipino ethnicity. As of 2021, he will be 37 years old and falls under the zodiac sign of Sagittarius.

Talking about his parent, his mother is from Manila, Filipino whereas his father is from Kentucky. His mother’s name is Marina Davis and his father’s name is Charles Davis. He grew up in a very supportive family. Other details on his relatives, cousins, siblings, etc. are not available yet.

Regarding his educational journey, he graduated high school from Stebbins High School in the Dayton suburb of Riverside and attended Miami University in Oxford, Ohio. Charles began his work as a model for Nike and Footlocker. He was sent to work as a Wings Model Management in Cincinnati, Ohio. But he put effort to achieve his goal.

Charles got a chance to start his acting career at an Actors, Models, and Talent for Christ (AMTC) event. Since then, he has appeared in many known series and TV shows like That’s So Raven, Switched at Birth, and Grey’s Anatomy. In 2011, he scored a recurring role as Kwan Kirkland, a quarterback for the San Diego Sabers, on the show BET’s The Game.

However, In February 2013, his fame hiked up when it was announced that Davis was starred the main lead, as Marcel Gerrard, of The CW’s new show The Originals, a spinoff of The Vampire Diaries, which is focused on the Original Family as they move to New Orleans, where Marcel (a vampire) currently rules.

In 2018, Davis was promoted to the main cast in the fifth season of the drama ‘Younger’ after playing a recurring role in the fourth season. As of March 2020, he acted the role of Special Agent Quentin Carter in the NCIS New Orleans office.

On 17 July 2020, he appeared beside Laura Harrier as a couple who broke up in the remix music video for “What’s Love Got to Do with It”, by Kygo, original by Tina Turner song.

Charles Michael Davis is a skilled actor who is yet to receive an award and nomination. He has played all his character in a very skillful and creative way. He is sure to get many awards and nominations in the near future.

Davis earns a decent amount from his profession. He has a net worth estimation of around $3 million. His main source of earning is his profession as actor, producer, model as well as director. There are no details on his salary and assets yet.

Even though he is famous in the acting industry, he has not once been captured in any scandalous news. It seems he likes to keep his personal affairs away from the eyes of the media. Throughout, his career he has remained clear of any rumors and controversies.

Charles stands tall at the height of 72 inches (6 feet 0 inches, 183 cm) and weighs almost 86 kg. Likewise, he has a healthy and athletic body type. AS for his body measurement, his chest size is 44 inches and his biceps size is 15 inches. Other sizes like waist, hips, shoe, etc are not available at the moment. Further, he has a pair of pearl black eyes and black hair.