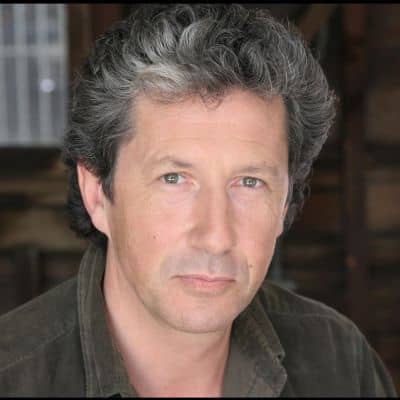 Talking about his relationship details, Charles Shaughnessy is happily living a married life along with actress Susan Fallender. Susan is widely famed for her role in Trading Places, Star Trek: The Next Generation, and Space Rangers.

Who is Charles Shaughnessy?

Charles Shaughnessy is a well-recognized English actor and television personality. Shaughnessy is widely famed for his roles on American television, including Shane Donovan on the soap opera Days of Our Lives, and Maxwell Sheffield on the sitcom, The Nanny.

Moreover, he is also known for his voice-work in the role of Dennis the Goldfish on Stanley.

Charles Shaughnessy was born on 9 February 1955. At present, his age is 66years old. Likewise, his birthplace is London, England, the United Kingdom.

Talking about his nationality, Shaughnessy holds a British identity whereas his ethnicity is Estuary English Accent.

Regarding education, the star attended Eton College. Further, he pursued Law degree at Magdalene College at the University of Cambridge where he prepared a thesis on the House of Lords. After completion of his university studies, Charles enrolled in a London drama school.

Professionally, the renowned actor, Charles debuted his career on television in May 1983 with BBC 1’s drama series, Jury portraying the role of Julian Spears. In the same year, the star featured in the role of John Rennie on, The Affair of the Pink Pearl episode of Agatha Christie’s Partner in Crime.

Shaughnessy later shifted to the USA and debuted on American TV in 1984. There, he featured as Alistair Crawford in one episode of the medical drama series, General Hospital. The actor then got the leading role when he portrayed the role of Maxwell Sheffield in the CBS television sitcom, The Nanny.

Additionally, the British star, Charles has performed in other series such as Days of Our Lives, The Nanny, Till We Meet Again, Mad About You, Murphy Brown, Duckman, A Kiss So Deadly, Everything to Gain, and so on.

Freshly, he is featuring the role of Christopher Plover in the fantasy series, The Magician(2016-19). Also, his remarkable roles include playing Kenneth Lenier in the supernatural show, Ghosted, and Murray in the sitcom, The Cool Kids.

A famed British star, Shaughnessy has earned a handsome amount of money from his profession. He has been active in his profession from the year 1983 till now.

It is reported that Charles Shaughnessy has an estimated net worth of $3 million.

Charles has never been part of any controversial matter or rumors till now. The actor has been preoccupied with his private and professional life.

It seems that Shaughnessy prefers enjoying his personal life and does not want to merge it with his professional life.

66 years old actor, Charles has handsome looks and an admirable personality. He stands at a height of 5feet 11inches.

Furthermore, Shaughnessy has grey eyes whereas his hair is grey-black.

Regarding his social media presence, Charles Shaughnessy is an active personality on social media. Charles has more than 53.8k followers on his official Instagram account @charlesshaughnessy.

He is also active on Twitter with around 31.5k followers.

Moreover, Shaughnessy is also available on Facebook with nearly 255k fans and supporters.