Charles Sobhraj is a French serial killer. Charles is married to Nihita Biswas. 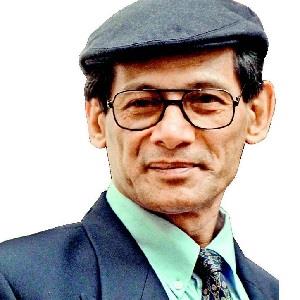 Charles Sobhraj was previously married to a Parisian woman named Chantal Compagnon. They have a daughter from this relationship, Usha Sobhraj.

Furthermore, there are several claims that suggest that Sobhraj is currently married to Big Boss 5 contestant, Nihita Biswas. They supposedly married on 9 October 2008 in jail on Bada Dashami. However, later, Nepalese jail authorities dismissed the claim of his marriage.

Charles Sobhraj is a French serial killer. He gained infamy for a string of murders that he committed in the 1970s. Additionally, people know him as the Bikini Killer, The Splitting Killer, and The Serpent.

He spent a brief part of his childhood in Saigon and later split his time between Indochina and France after his mother married an officer in the French Army.

He holds the nationality of Malaysian, Thai, Indian, French, and Nepali. Furthermore, he belongs to a mixed ethnic background of Vietnamese and Indian.

Talking about his education, Sobhraj attended a boarding school in France but attempted to run away multiple times.

Sobhraj was initially arrested in Paris for auto theft twice in the 1960s. After several other robberies and smugglings, his crime began growing increasingly serious. Between 1972 and 1976, he is believed to have committed 20 murders.

Additionally, Sobhraj has traveled around Europe and Asia and has been in numerous custody escaping several times.

Sobhraj attempted to poison a group of French tourists in India in 1976. He escaped from Tihar Jail in New Delhi in 1986 and after escaping later, he successfully avoided a possible death penalty in Thailand.

Furthermore, in 2003, Nepalese authorities arrested him. More recently, Nepal court convicted him of the 1975 murder of Canadian tourist Laurent Carriere. In addition, the appellate court upheld the ruling in 2015.

According to the sources, his net worth is estimated to be $1-5 Million.

Sobhraj’s life has been full of controversies. People have often questioned the celebrity status that he has gained. Additionally, they have suggested that movies that have been released, based on his life might provide negative indications to the younger generations. At present, there are no rumors concerning his life and career.

Talking about his body measurement, Sobhraj has a height of 1.73m. His hair color and eye color is black.

Sobhraj is presently in prison. He is not active on social media platforms.