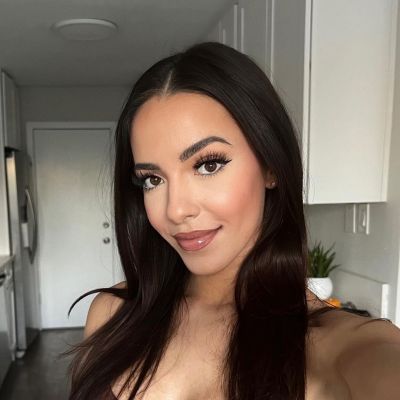 Charli Burnett is presently in a relationship with a boy named Corey Loftus. She often shared some photos of them on her respective Instagram account.

Further, there is not much detail available regarding her boyfriend.

Who is Charli Burnett?

Charli Burnett is an actress and model from the United States. She has crowned Miss South Bay USA and then made it to the finals of Miss California USA in 2017.

Currently, she is starring in the 2021 Bravo’s Vanderpump Rules.

Charli hasn’t revealed her birth date, parents, and early life details in the media. Talking about her academic background, she attended Barstow Community College from where she graduated in the year 2017.

Currently, she is studying to be an aesthetician. Further, she holds an American nationality whereas her ethnicity is unknown.

Charli came into the limelight of the media after winning Miss South Bay USA. She also worked as a waitress at Lisa and Ken’s SUR restaurant. Burnett got her television debut through several commercials.

In 2020, she starred in Mal Haneen’s short, The Yellow Question where she portrayed the role of Helen. The short featured popular personalities like SkyLynn Alberto, J.Stephen Bra, Idrees Degas, and Misha Molani. Presently, she is starring in the 9th season of Vanderpump Rules alongside Lisa Vanderpump, Scheana, Tom Sandoval, James Kennedy, and more.

She becomes extremely close to castmates Scheana and Raquel over the last year.

Charli has managed to maintain a clean profile. To date, she hasn’t been part of any sorts of rumors and controversy that create a headline in the media.

Charli might have accumulated a decent amount of fortune throughout her career. However, she hasn’t yet disclosed her exact net worth, salary, and other earnings in the media.

Talking about Charli’s physical appearance, she has a fair complexion. Likewise, she has a dark brown pair of eyes and her hair color is black.

Being a model, she has an impressive height with an average weight.