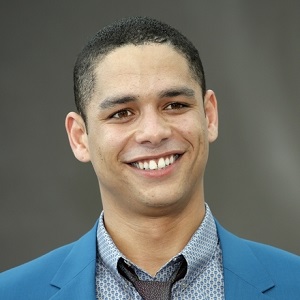 Charlie Barnett loves to keep his profile low. He might be living his single life and he has not been linked to any other girls. He might be focused on his profession.

Who is Charlie Barnett?

He was born on February 4, 1988, in Sarasota, Florida. He is currently 31 years old. He along with his sister was adopted. His adoptive mother is from Utah and is of Swedish descent and his adoptive father is a boat builder from Minnesota. He grew up in a sailboat in Florida until the age of seven.

Charlie discovered theaters at the age of six and performed in many musicals and operas.

He enjoys sailing and classic cars. He is a huge fan of Chicago Bears and White Sox.

He graduated from Booker High School and participated in the Carnegie Mellon Musical Theater Summer Program. Later, he graduated from the Julliard School drama programs, class of 2010.

He has lived in Chicago, Los Angeles, and New York City while pursuing his career.

He debuted his television role as Chuck Mills in the episode ‘Gray’ of the series ‘Law & Order: Special Victims Unit’ in 2010. He portrayed the role of Peter Mills in the series ‘Chicago Fire’ in which he plated in the 66 episodes and guest-starred 4 times from 2012 to 2015.

He won Grand Jury Award in the category Outstanding Actor in a Feature Film for ‘Private Romeo’ in 2011.

Charlie has an estimated net worth of around $1 million and his main source of income is from his professional career.

He likes to keep his lips tight. And, he has not been involved in any rumors, scandals, and controversies in his career.

He has a height of 5 ft. 10 inches and he weighs 80 kg. Charlie has got black hair and black eyes.