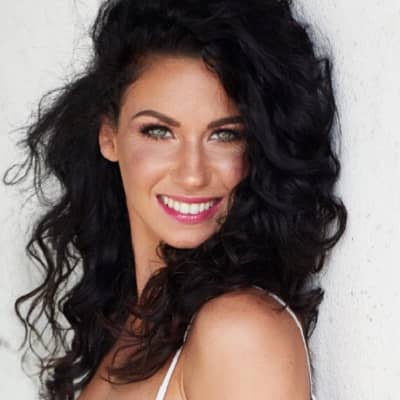 What is the relationship of Charlie Bruce?

Charlie Bruce is dating Gold Medalist Gymnast Louis Smith since November 2017. The couple officially announced their relationship on social media. They can be spotted at several press conferences and award ceremonies.

They are blessed with a daughter, Marley Valentina Smith. She was welcomed into this world at 2.30 am on the 14th of February and weighed 7lb 5oz.

Who is Charlie Bruce?

Charlie Bruce is a Briton dancer who is known for representing the United Kingdom in the Second Dance World Championship in Mexico. She won the 1st season of the television show, ‘So You Think You Can Dance’.

She is born into a dance-oriented family. However, there are no specifics on her parents, siblings, and relatives.

Charlie started dancing as soon as she began to walk. She grew up taking a lot of dance classes and performing dance.

Moreover, she holds a British Nationality and her zodiac sign is Capricorn.

Furthermore, she took a dance class at the Charnwood Dance School at the age of seven. She then joined Arts Educational School in Tring, Hertfordshire after receiving a scholarship from the year 2001 to 2007. She later attended Laine Theatre Arts school in Epsom.

Charlie Bruce started taking dancing classes at the very young age of three. In 2010, while working as a sales assistant in a shoe shop, she competed in the 1s season of the reality dance show ‘So You Think You Can Dance’ which was broadcasted on BBC One. She was just nineteen when she won the show and became an overnight sensation.

In July 2010, she made her theatre debut with the lead role of Baby Houseman in the West End production of Dirty Dancing at the Aldwych Theatre. On 12 August 2010, she was invited to perform on the series finale of FOX’s So You Think You Can Dance in the United States. In 2018, she appeared in the film, Mamma Mia! Here We Go Again.

Bruce has not won any individual awards that are discussed in her career.

The estimated net worth of Charlie is around $11 million. Her source of income is from her dance performance.

She has been away from the limelight for a long time. Therefore, there are no rumors or controversies about her.

Bruce has a slim body with moderate weight and a height of 5 feet 3 inches. Furthermore, she has dark brown hair and charming hazel eyes.

Lily Sastry
Tags : Actress dancer So You Think You Can Dance