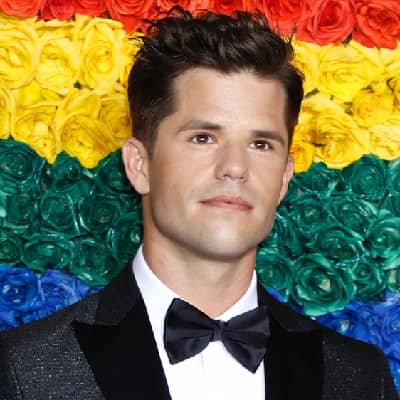 As per the sources, Charlie has not been dating any man or woman which is good news for his fan followers. In the past, he posted a picture of a mysterious man named Steve Miller kissing him with the caption “happy.” He was thought to be his boyfriend t the time.

However, he is single currently. If he is in any relationship he has kept secret and not revealed anything about his love life. As for now, we might consider Charlie to be a single gay man.

Who is Charlie Carver?

Charlie Carver is an American actor who has appeared in various films and tv series. Likewise, he is famous for his role as Porter Scavo on the ABC television series ‘Desperate Housewives’ and Nathaniel on the comedy film ‘Fist Fight.’

Charlie Carver born as Charles Carver Martensen was born in San Francisco, California, the USA on July 31, 1988. As of 2021, he celebrated his 33rd birthday.

His father’s name is Robert Martensen and his mother is Anne Carver. Charlie’s father worked as a physician, historian, and author and his mother was a philanthropist and community activist.

Likewise, he has two brothers, Max Carver, and Bayard Martensen. Max Carver is his twin brother who was born seven minutes later on August 1.

His mother married a new husband Denis Sutro and moved to Calistoga in Napa Valley. Charlie was interested in acting from his early days.

He is of American nationality and his ethnicity is not known. Moreover, he follows Christianity. Further, his birth sign is Leo.

Charlie studied at St. Paul’s Boarding School in Concord, New Hampshire. For his sophomore year, he joined Interlochen Arts Academy situated in Interlochen, Michigan. Likewise, he graduated from the University of Southern California in 2012. Carver pursued acting at the American Conservatory Theater in San Francisco.

Charlie made acting debut when he was a high schooler by a role of fairy trickster Puck in his school’s production of Shakespeare’s A Midsummer Night’s Dream. Later, he made his big screen debut along with his brother, Max Carver on 2008-2012 ABC television series ‘Desperate Housewives’ with a role of Porter Scavo.

Moreover, he has guest starred on shows such as Hawaii Five-0, and The League. He made his Broadway debut as a Cowboy in the 2018 revival of Mart Crowley’s The Boys in the Band. Some of his notable movies include Underdogs, Bad Asses, I Am Michael, Fist Fight, A Midsummer Night’s Dream, Ben Platt: Ease My Mind, In the Cloud, The Batman among others. Further, his television roles include Restless Virgins, The Leftovers, When We Rise, Blooms and others.

Of all his acting, movies, and dedication, why not Carver has a net worth of over $2M. Likewise, Charlie is a dedicated and hardworking person who is much focused on his professional career.

Charlie has won Gamechanger Award from GLSEN in 2020. Moreover, he has been nominated twice for Screen Actors Guild Award and Broadway.com Audience Awards in 2008 and 2019 respectively.

There are no rumors and controversies about his personal life or professional life. Likewise, Charlie is the kind of person who always tries to mark his place in the showbiz industry.

Charlie stands 5 feet 10 inches tall and weighs 72 kgs. Similarly, he has a fit body build with a heavy jawline. He has blonde hair and dark brown color eyes.

Charlie is highly active on Social Media Sites. He has over 2.1M followers on Instagram and over 833.5K followers on Twitter. Likewise, he is active on Facebook with over 26K followers.