Charlie Clapham and Jess Impiazzi are quietly dating now since the past many months! 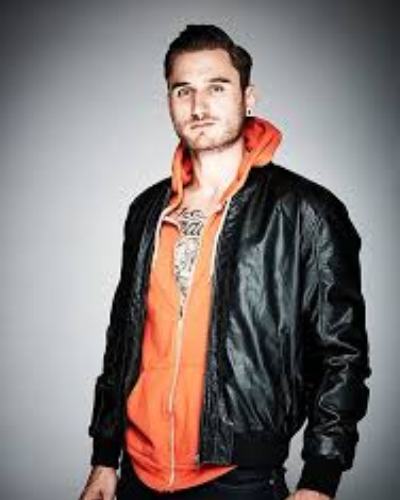 There is love in the air again for Charlie Clapham! He is reportedly dating the contestant on Celebrity Big Brother Jess Impiazzi. They had appeared together in the science fiction called Ria and it is since that time that they are probably dating.

Charlie Clapham who is the ex-boyfriend of Stephanie Davis has found new love again! He is reportedly in love with Jess Impiazzi who is a contestant on the show Celebrity Big Brother. A source had revealed to The Sun that Charlie and Jess had worked together on the film Ria which is due for release this year. They parked dating rumors while they were on the sets of the film.

Jess has also split from her rugby husband Denny Solomona. An insider revealed:

“Jess was heartbroken when her marriage to Denny came to an end but she has been throwing herself into work.”

“She’s currently in LA doing pilot season where she met Charlie, who is based there now.”

“Its early days but they have clearly hit it off – she’s been gushing to her closest friends that she’s finally happy again.”

But there has been neither confirmation nor denial on this matter from both the parties.

Charlie Clapham and his previous relationships

Charlie was previously in relation with Stephanie Davis in 2014 but just after a few months of their dating, they called it quits. The reason is not known. Charlie and Stephanie were together in the show called Hollyoaks (2013-2017) where Charlie had played the character of Freddie Roscoe. Talking about this relationship to Leicester Mercury, Charlie had told in 2016:

“As I’m getting older, I think more that mixing business and pleasure maybe is not the best idea.

‘But, we’re a company of young actors and actresses, it would be strange if relationships weren’t happening.”

Jess Impiazzi and her earlier love life and marriage

Jess Impiazzi was on the show Ex on the Beach. She was married to rugby star Denny Somona in 2016. But just after two years of marriage, the couple split and Jess was in a bad shape after her divorce. Se had revealed that it has been hard for her after her split and she has been struggling to live on.

Talking about her marriage to Denny, Jess had said:

“I thought we would have a normal wedding, but before I could blink we were walking down the aisle in the same place Britney got married.

‘I was so happy. But when we got back to England he got back into bad old habits and started going out partying again.

‘By last summer I simply could not take it any more and we broke up.”

She was not happy with the constant hard-partying ways of Denny and had to break loose from him due to it.

And now she is in love again and moving towards a better space in her life. We wish her the best in her endeavors!