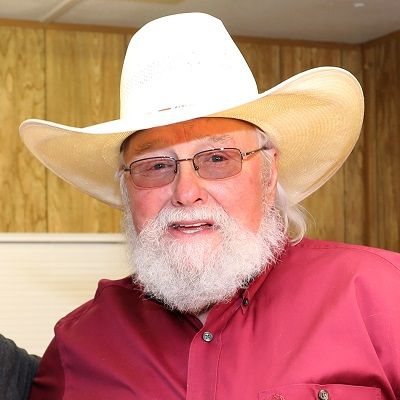 Memories, Memoirs and Miles album is a companion piece to my book, ‘Never Look at the Empty Seats.’ In fact, the first record that I ever made is on that. A song called ‘Jaguar’ that I made in Fort Worth, Texas, back in 1959. And my manager dug it up somewhere or another and we put it on the record.

I’ve been writing this thing for about 20 years. I kept making notes and stuff as I went along. In time, it kind of fell into a book type of a thing, and I just felt we could make a book out of it. And I wrote and wrote, but never found a place to end it, because My career kept going on. Interesting things kept happening. I wasn’t even asked to join the Grand Old Opry until I was 71 years old.

So interesting things kept happening. I kept living my career, and I couldn’t find a place to stop it, until I was told I was going to be inducted into the Country Music Hall of Fame. And I thought, ‘What a great place just to pause this, to end this. So I went home the night I got inducted, got up the next morning, and I sat down and I wrote the ending.

They were married by a Justice of the Peace in his little walk-up office on Boulder Street in downtown Tulsa. Charlie and Hazel had 12 guests including his four bandmates.

His bride Hazel was in a blue dress and high heels. They have a baby boy, Charlie Daniels Jr.

Who is Charlie Daniels?

Charlie Daniels is a professional American musician known as a singer, songwriter, and multi-instrumentalist. Charlie is a well-known contributor to Southern Rock, Country, and Bluegrass music.

Recently, on 21st June 2019, Charlie’s Band celebrated the 40 years of The Devil Went Down to Georgia.

Charles Edward Daniels was born on 28th October 1936 in Wilmington, North Carolina, US. He is the son of William Carlton Daniel and LaRue Hammonds.

As a teenager, he moved to Gulf, Chatham County and in 1955, he graduated from high school. He acquired the skills of guitar, fiddle, banjo, and mandolin.

From the early 1950s, Daniels started his career as an active singer and musician. In 1964, he co-wrote It Hurts Me with his friend Bob Johnston.

In 1971, he recorded his first solo album, Charlie Daniels. Uneasy Rider was his one the first hit that reached No. 9 on Billboard Hot 100 chart.

His famous song The Devil Went Down to Georgia reached No.3 on the Billboard Hot 100 in September 1979.

Charlie was a supporter of Jimmy Carter’s presidential bid. In the year 2003, he published an Open Letter to the Hollywood Bunch in defense of President George W. Bush.

In 1970, he appeared in The Nashville Sound. His other movie roles are on Heartworn Highways, Urban Cowboy, The Fall Guy, King of the Hill, 18 Wheels of Justice and Pollwood.

His recent movie appearance is on Sweet Home Alabama: The Southern Rock Saga, Floating Horses: The Life of Casey Tibbs and Country Music.

He owns a big home in Lebanon, Tennessee, US.

Charlie has light hair and brown eyes. He is 6 feet 2 inches tall.