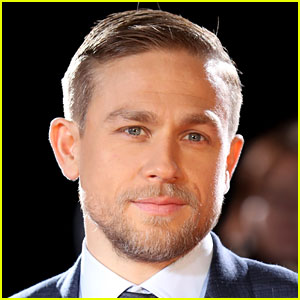 Everybody, at some point in their life, has fallen down and not felt like getting back up, but you have to, no matter how difficult it is.

I tend to go to bed really early on New Year's Eve. Then I wake up early, drive up while it's still dark, and hike out somewhere beautiful to watch the sunrise. I just take a couple hours and have a post-mortem of the year.

A lot of my friends are gangsters. Not like gangsters - well, yeah, all sorts of levels of criminality - but not the types that are preying on innocent people. I have no interest in the type of criminality that has no respect for collateral damage.

What is the relationship of Charlie Hunnam?

Charlie Hunnam is reported to have been in a romantic relationship with Jewellery designer Morgana Mcnelis. The couple is dating since the year 2005.

Prior he was a married man. He was married to Katharine Towne. The couple met for the first time while auditioning for the role of Dawson’s Creek.

The two shared instant chemistry and tied the marital knot after four weeks of courtship period. However, their relationship did not work out and the two separated in 2002.

Who is Charlie Hunnam?

Charlie Hunnam is an English actor.

Charlie Hunnam was born on 10 April 1980 in Newcastle upon Tyne, England. His nationality is British and his ethnicity is mixed(English, Irish, Scottish).

His birth name is Charles Matthew Hunnam. He is the son of William “Billy” Hunnam and Jane (Bell) Hunnam. His father William was a gangster and scrap metal merchant and his mother Jane was a business owner.

His maternal grandmother was the premiere portrait artist in Newcastle. Hunnam has a brother, William “Billy”. He has two younger half-brothers, Oliver and Christian, on his mother’s side.

His parents divorced when he was two years old, and he moved to the village of Melmerby, Cumbria when he was twelve, as his mother remarried.

He went to “Heat Manor School” in Newcastle. After moving, he went to Ullswater Community college and than “Queen Elizabeth Grammar School” in Penrith, Cumbria.

Charlie attended “Cumbria College of Art and Design”, now the University of Cumbria, where he graduated with a degree in the theory and history of film with a side in performing arts.

At the age of 17, Hunnam was discovered in a shoe shop on Christmas Eve while drunkenly clowning around buying shoes for his brother.

A production manager for the Newcastle-based children’s show Byker Grove approached him and Hunnam was later cast in his first role as Jason in three episodes of the show.

He also had a brief modeling career where he did a shoot for kanhols Caps and then decided Modeling was not for him.

Aged 18, his first major role came when he was cast by Russell T Davies as fifteen-year-old schoolboy Nathan Maloney in Davies’ Channel 4 drama queer as Folk.

The role of Nathan Maloney proved to be a turning point in his career.

He beautifully administered the challenging task of turning the character from being a shy, introverted, and innocent chap to a cocky, know-it-all guy, so much so has become a role model for the gay youth.

The show was largely appreciated and recorded the highest ratings of that time. Following the ground-breaking ratings, he reprised his role of Nathan Maloney for the two-hour sequel of the drama, “Queer as Folk 2”.

He next made a big-screen debut starring as Daz in the film ‘whatever happened to Harold Smith?’ released in 1999.

Charlie moved to Los Angeles. His first-ever stint on US television was a recurring role in the short-lived teen drama, ‘Young Americans’ for the WB Television Network.

Following this, Charlie starred in a regular role as an English drama student Lloyd Haythe in the Fox series ‘Undeclared’. His fresh face and perfect portrayal made the character of Lloyd seem believable and authentic.

In 2002, he made his American film debut with the psychological thriller, ‘Abandon’ where he was cast for the role of Embry Larkin, the missing boyfriend of a college student, played by Katie Holmes, whose case is reopened two years later by a police detective looking into a series of other missing students.

The same year, he was cast for the role of the protagonist in the movie, ‘Nicholas Nickleby’.

The movie was an adaptation of Charles Dickens’s novel. In the movie, he played the role of a 19th-century guy whose life turns upside down after the tragic death of his father. He is penniless and at the mercy of Uncle Ralph, played by Christopher Plummer.

The following year, i.e. in 2003, he was cast along with Nicole Kidman, Jude Law, and Ren e Zellweger in the movie, ‘Cold Mountain’.

In the movie, he played the pivotal character of a Civil War marauder who joins as a member of the Home guard and kills deserters for cash.

Charlie returned to Uk to star in the film, “Green Street Hooligans”. In the film, he played the role of the treacherous thug who enrobes an American student expelled from Havard and teaches the latter the details related to football hooliganism.

The movie earned a negative critical review for the unrealistic and wrongful deliverance of the Cockney accent.

Following a dismissal performance of an English thug, he went on to star in Kurt Sutter who cast him in the role of Jackson ‘Jax’ Teller in the television biker drama, ‘Sons of Anarchy.

The role which had him play as the Vice President of a biker gang got him his real breakthrough and proved to be a role of a lifetime. It also earned him a couple of nominations in awards categories. The series is ongoing as of date.

He is reported to star in the horror flick, ‘Crimson peak’ as Dr. Alnan McMichael. The film is expected to be released on October 16, 2015.

Charlie Hunnam: Salary and Net Worth

Charlie Hunnam was only being paid $125,000 for Fifty Shades of gray.

In March 2012, dozens of leading men were rumored to vying for the role as well as rumor had it that the idea of instant fame was based on his playing.

Charlie has a height of 6 feet 1 inches and weighs 88 kg. His hair color is blonde and his eye color is hazel.

Furthermore, also find out more about the early life, career, net worth, relationships, and controversies of an actor like  Spencer Garrett(Actor), Ron Bottitta(Actor), Randall Carver, Christopher Lloyd, and Richard Masur.