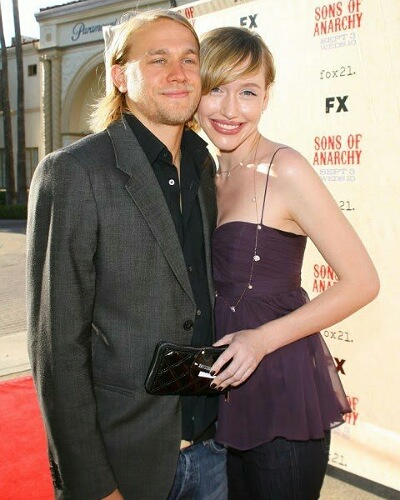 Charlie Hunnam and his indifference to marriage

Actor Charlie, 39 was on the chat show on SiriusXM. He was with co-stars Hugh Grant and Matthew McConaughey who queried him about his likely wedding to girlfriend Morgana.

His take on marrying her:

‘Sort of indifferent. She does not say the same. She’s very eager to get married.’

‘Yeah, so, I’ll do it because it’s important to her, but I don’t have any great romantic feelings towards it.’

‘I wouldn’t go with that line when you pop the question.’

His indifference towards marriage may be due to his past bad experience with it. His first wife was actress Katharine Towne whom he met when both were auditioning for Dawson’s Creek. They soon started dating and after three weeks wed in Las Vegas. Charlie was only 19 at that time. Their whirlwind relationship turned out a disaster. Talking about this failed relationship Charlie had said:

“The first time I was ever in Vegas, I got married, which didn’t turn out that well. I’d known the girl for three weeks and we’d fallen madly in love.”

They wed in 1999 and by 2002, it has reached a state where it could be salvaged and they quit. But he faced three painful and terrible which are difficult to forget. Hence, he is scared to get into it again. In 2017, Charlie had said:

“I mean, I’m essentially married. I’ve been together with my girl for over 12 years. That’s pretty much marriage, right?’

More about Charlie Hunnam’s life and past relationships

Click to know on Morgana McNelis, partner of Charlie Hunnam, know about her love life and all the support she receives from him.

Charlie Hunnam has previously also dated Sophie Dahl, actress Stella Parker, and film producer Georgina Townsley before he settled for Morgana who is a jewelry designer by profession. She has been his stable relationship. The bond is so strong that he does not need the stamp of wedding or society to prove it.

Charlie has worked in Queer As Folk and King Arthur: Legend of the Sword and is a talented actor.