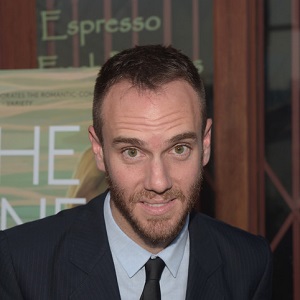 Sometimes I feel bad for the girls because they aren't exactly the sharpest tools in the shed. In fact, they're more like a couple of dull butter knives that were left in the grass outside of the shed.

Charlie McDowell is an unmarried man till now. He has been in a few relationships in his life. In 2007, he dated the beautiful American actress Haylie Duff.

After that, he dated another famous American actress Kristin Chenoweth from 2008 to 2009. Charlie was in a long-term relationship with actress Rooney Mara from 2010 to 2016.

Since then, he has not been in any confirmed relationship till now. According to the records, he is possibly single at the present time.

Who is Charlie McDowell?

Charlie McDowell is an American film director and writer. He is most known for directing the American science-fiction thriller film The One I Love in 2014. He is the president of his own production company called Cloudbreak Productions. McDowell is also a directing partner at the American Film Institute.

Charlie was born on 10 July 1983, in Los Angeles, California, USA. His nationality is American and he is of English ethnicity.

His full name is Charles Malcolm McDowell. He is the son of English actor, Malcolm McDowell and American actress, Mary Steenburgen. He has five siblings. McDowell has not revealed any information about his childhood life. He usually doesn’t talk about his private life in media and public.

He graduated from Crossroads High School in Santa Monica, California in 2002.

Charlie began his career in the film industry in 2014. He directed his debut movie titled The One I Love in 2014. His movie starred Mark Duplass and Elisabeth Moss and had its world premiere at the Sundance Film Festival in January 2014.

In 2015, McDowell directed Sarah Silverman’s HBO pilot. His next film The Discovery stars Rooney Mara, Jason Segel, and Robert Redford, which will be released in 2017. He is currently a directing partner at the American Film Institute.

He has his own production company called Cloudbreak Productions. In March 2017, filmmaker McDowell announced he was adapting author Don DeLillo’s novel Zero-K as a limited series for FX with Noah Hawley and Scott Rudin producing. Charlie has been a successful member of the film industry.

Charlie McDowell: Salary and Net Worth

His net worth is unknown. Also, there are no details regarding his salary status.

Charlie McDowell has a height of 5 feet 11 inches. He has light brown hair and brown eyes.

Modern-day Romeo and Juliet: Michele D’Alpaos and Paola Agnelli start romance across their balconies in Verona and are now engaged!