Charlie Murphy was an American TV and film actor, comedian, and writer. Charlie Murphy is married to Tisha Taylor Murphy and a father of three.

Charlie Murphy was married to his wife Tisha Taylor Murphy who died on December 29 from cervical cancer. They married each other in 1997 after some years of dating.

They together had two lovely children, Xavier and Eva. Moreover, he also had a son from his previous relationship. 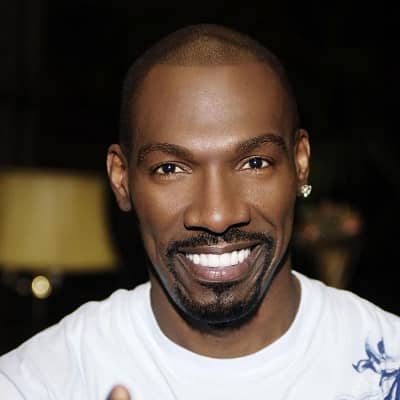 The whole thing with the Rick James story sketch and the Prince story sketch - I recounted my past, you know? - and that's what I was doing. It's not like I sat down and said I want to come up with a great story about Rick James. That stuff really happened.

Prior to the 'Chappelle's Show,' you know, no one would even listen to me, in the frame of, 'Oh, he is trying to be funny.'

Who was Charlie Murphy?

Charlie Murphy was an American TV and film actor, comedian, and writer who has appeared in various films and tv series.

Likewise, he was famous for writing the Comedy Central sketch-comedy series, Chapelle’s Show, and his role of ‘Vic’ in the USA sitcom, Black Jesus.

Charlie Murphy was born in Brooklyn, New York, U.S, on July 12, 1959. As of 2021, he would’ve celebrated his 62nd birthday if he was alive. His full name was Charles Quinton Murphy.

His parents were Charles Edward Murphy and Lillian Murphy. Likewise, his father was a transit police officer, actor, and comedian. On the other hand, his mother was a telephone operator.

He had two brothers namely Eddie Murphy and Vernon Lynch who are both showbiz entertainers just like him. Charlie spent ten months in jail due to some unrevealed reasons.

Unfortunately, Charlie was announced dead on April 12, 2017, due to leukemia at the age of 57 in his hometown, Brooklyn.

He was of American nationality and fr0-American Descent. Similarly, his birth sign is Cancer.

Before making his appearance in movies, he was a boiler technician in the United States Navy for 6 years. Charlie made his professional film debut in the crime-comedy drama film Harlem Nights in 1989.

Moreover, he had portrayed the role of a Vic in the USA sitcom, Black Jesus. Charlie’s role in the series got huge recognition and is loved by the audiences, reviewers, and critics.

He had acted in many TV series that includes:

among others. Besides TV series, he had acted in the 1990s film Mo’ Better Blues in the role of the character Eggy. Similarly, he also appeared and wrote the movie ‘Norbit‘ as Lloyd the Dog.

Some of his movies are:

and many others. Altogether, he holds 54 television credits. Some of his written shows and films are Charlie Murphy: I Will Not Apologize, Chappelle’s Show, Norbit, Paper Soldiers, and Vampire in Brooklyn.

Of all his acting, movies, and dedication, why not he had a net worth of around $2.5M as of 2022. Likewise, Murphy was a dedicated and hardworking person who focused on his professional career.

Charlie did not bag any awards during his professional career.

There were no rumors and controversies about his personal life or professional life. Likewise, he was a dedicated and respected personality who always tried to mark his place in the showbiz industry.

Murphy stood 6 feet and 0 inches tall and weighed around 75 kg. Similarly, he had a muscular-shaped body with 32-26-32 inches of measurements. He had a bald head and black color eyes.