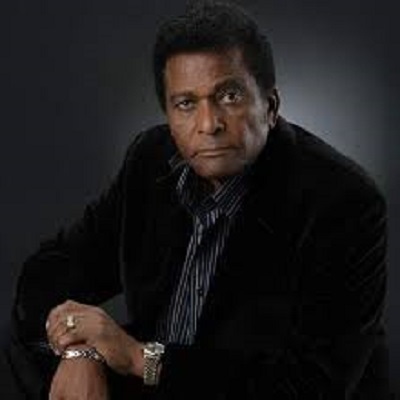 A fan will grab you and hug you and will not let go. When that happens, you wish it could be that way all over the world.

It isn't reasonable to expect that everyone in the world is a country music fan. Not yet, anyway.

No one told me that whites were supposed to sing one kind of music and blacks another. I sang what I liked in the only voice I had.

As pride is already married to the cosmologist Rozene. He has not been in any relationship with other people. The happy couple was married in 1956. He is the father of two sons and one daughter. Their name is Dion pride, Kraig pride and Angela pride respectively.

Who is Charlie Pride?

Charley Frank Pride is the recipient of the American Hall of Fame.

He won Grammy and was among the ten top hits on the Billboard Top 100 Charts.

He is also a musician, business owner, and former professional baseball player.

His father intended to name him Charl, but,” there was an error on his birth certificate which made him Charley Frank Pride.

He was one of the 11 children of poor sharecroppers. In all, eight boys and three girls were in the family.

In 1953, he left school after grade eleven and then also left home to play baseball.

By 1954, Pride signed up with the Memphis Red Socks, a Negro League baseball team.

Though he was involved in baseball, he found time to improve his musical skills.

By 1960, Pride left semi-professional baseball and the American Negro League to play for a C-team. He also had a chance to try out for the Angels, but he was rejected.

From 1960, he started playing music in local night clubs which helped him to gain some experience. Pride’s talent soon came to the attention of Night Hawks and he was asked to join them.

Two of his best and popular records are Snakes Crawl at Night, and Just Between You and Me, which earned a Grammy in 1968. Pride’s first number one hit on the singles chart was (“All I Have to Offer You Is Me” in 1964. His greatest musical success came in the early to mid-1970s, when he became the best-selling performer for RCA Records since Elvis Presley. “Kiss an Angel Good Morning” was a million-selling crossover single recorded in 1971. Charley Pride now has more than 36 number one country singles. He has produced more than 35 albums.

Charley Pride has had a great career. On May 1, 1993, Pride joined the Grand Ole Opry. In 1994, the Academy Of Country Music presented him with its prestigious Pioneer Award. In 1994 his autobiography Pride: The Charley Pride Story was published by William Morrow. In 1996, he received a Trumpet Award by Turner Broadcasting, marking outstanding African-American Achievement. His song “Roll On Mississippi” was considered as the official song of his home state, a stretch of Mississippi highway was named for him, and he performed a special Christmas performance for President and Mrs. Clinton at the White House. He has been compared to DeFord Bailey and Darius Rucker.

Since Charley worked with Hank Williams frequently, there were rumors that Charley was Williams’ illegitimate child.