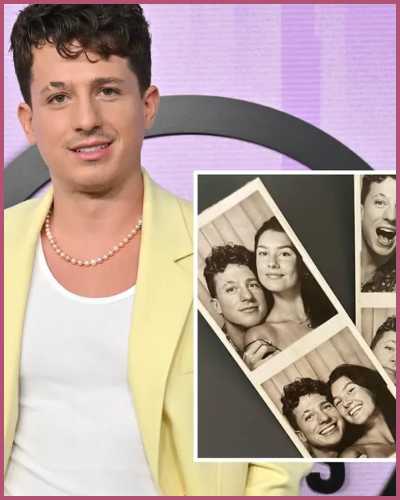 Charlie Puth, who recently turned 31, appears to have made his relationship status public with his girlfriend Brooke Sansone.

The “Light Switch” singer made his relationship with Brooke Instagram official on his 31st birthday, just one month after clarifying their relationship.

Charlie shared photo booth pictures of the two smiling and playfully kissing alongside a sweet caption with a reference to his song,

Brooke, a digital marketing and PR coordinator, also shared the images on her Instagram Story, tagging “birthday boy @charlieputh” in the caption with a heart emoji.

The post comes just two months after Puth revealed he was dating someone during an appearance on The Howard Stern Show, telling the host that he is in a relationship. When host Howard Stern asked Charlie if he was in love, he responded,

He went on to say that his girlfriend is “someone I grew up with” in New Jersey.

“As my life gets more turbulent and I travel everywhere. it’s nice to have someone close to you that you’ve known for a very long time.”

“She’s always been very, very nice to me, I would assume that when times inevitably are hard in the future — because what is life without valleys and peaks — she would be there for me as well.”

American Charlie Puth is a singer, songwriter, and record producer. He is popular for his song ‘See You Again’ released in 2015 for the movie Furious 7.

He is popular for his self-made videos and covers of songs which he has uploaded on Youtube. Besides these, he is known for his work on ‘Marvin Gaye’, ‘One Call Away’, ‘We Don’t Talk Anymore,’ ‘Attention’. See more…