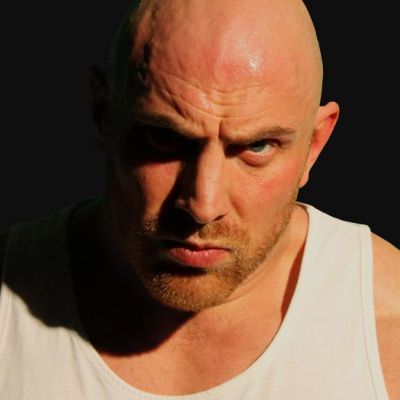 Who is Charlie Rawes?

Charlie Rawes is an English actor, presenter, and voice actor. He is best known for his role in the films like King Arthur: Legend of the Sword (2017), Jurassic World: Fallen Kingdom (2018), Dune (2021).

Charlie keeps a low-key profile when it comes to his professional life. He hasn’t yet disclosed his birth date, early life, and parents’ details in the media.

Talking about his education, he studied design at Colchester Institute in 1997. Further, he holds a British nationality whereas his ethnicity is Caucasian.

In the year 2011, Charlie started his acting career and is best known for playing brawny, nasty, and tough characters. In 2012, he appeared in the TV Plot, Gangsters, Guns & Zombies where he portrayed the role of Muscles. He featured in two films in the year 2016, Skiptrace as “Sergei” and “Neanderthal Man” in the comedy film, Bridget Jones’s Baby.

The following year, he starred in the action-adventure film, King Arthur: Legend of the Sword where he was cast in the role of Axeman. He portrayed the role of Lead Mercenary in the fiction action film, Jurassic World: Fallen Kingdom in 2018. That year, he also appeared in the movie, Kill Ben Lyk. Moreover, his other several projects are Live Fast Live Free, Olive Green, Who Needs Enemies, and It Never Sleeps.

Recently, he starred in the science fiction film, Dune, the third adaptation of Dune following David Lynch’s 1984 film. In the film, he was cast in the role of Harkonnen Trooper. The film featured popular personalities like Timothee Chalamet, Rebecca Ferguson, Oscar Isaac, Jason Momoa, and more.

Charlie might have accumulated an impressive amount of fortune throughout his acting career. However, he hasn’t yet revealed his exact net worth, salary, and other earnings in the media.

Charlie stays quiet away from the spotlight of the media. He hasn’t been involved in any sorts of rumors and controversy that create a huge buzz in the media.

Talking about Charlie’s physical appearance, he has an athletic body physique. Likewise, he stands at the height of 6 feet 2 inches tall. He has a blue pair of eyes color and he is bald.

His weight and other measurement aren’t available in the media.