She was linked with the actor Brad Pitt. Its been only a few months since this couple started seeing each other. They were introduced by Charlize’s ex-fiancé Sean Penn.

In 1995, she had a two-year-long relationship with an American actor and singer, Craig Bierko. He is nearly 11 years older than her.

In December 2013, she started dating American actor, Sean Penn. The duo got engaged in November 2014. In late June 2015, the couple split. Sean is roughly 15 years her senior. 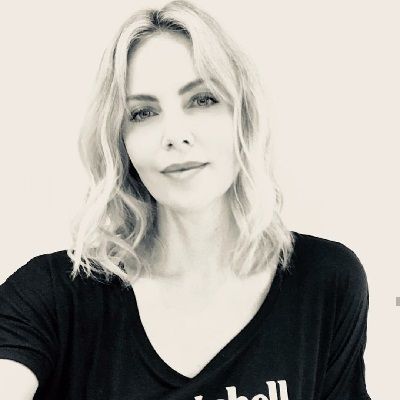 I think today women are very scared to celebrate themselves because then they just get labeled.

You know, I don't think any mother aims to be a single mom. I didn't wish for that, but it happened.

I grew up on Bette Davis movies, and Marlene Dietrich, Marilyn Monroe.

There's only so much you can do, but if somebody doesn't give you a chance there is nothing you can do.

Who is Charlize Theron?

Charlize Theron is a well-known actor and film producer. She is best recognized for her performance in the movies like The Devil’s Advocate (1997), Mighty Joe Young (1998), and The Cider House Rules (1999), Monster (2003).

The Oscar-winning actress has built a great career and has also won various awards in her professional life.

She comes from an Afrikaner Family and she comes from an ancestry that includes a mixture of French, German and Dutch. Charlize was of South African nationality but from 2007 onwards, she is American.

She moved to Benoni, where she spent most of her childhood days. Theron’s father who was an alcoholic was shot by her mother when he physically assaulted Charlize and her mother; however, she faced no charges.

Theron attended Putfontein Primary School (Laerskool Putfontein). But after some time, she studied at the National School of the Arts in Johannesburg, which is a boarding school.

Charlize Theron began her career in Los Angeles where she met with the casting agents. She landed her first film role in 1995 in the direct-to-video film, ‘Children of the Corn III’.

In 1997, she starred in the thriller, ‘The Devil’s Advocate’. The film also had Al Pacino and Keanu Reeves in leading roles.

She played Candy Kendall in the film adaptation of ‘The Cider House Rules’ in 1999. The film received mainly positive reviews and won two Academy Awards.

One of her best-known roles came in 2003 when she starred in the crime film ‘Monster’. Her role receives various good comments and earned several awards.

She appeared in the fantasy and adventure film, ‘Snow White and the Huntsman’, which that releases in 2012. The film was a huge commercial success though it received mixed critical reviews.

She has up to now won various awards in his career.

She has up to now worked for various movies and shows. So she must have good earnings and a salary.

Her net worth is $130 Million. In her career, this actress has earned lots of fame and fortune.

In 2000, she was rumored dating George Clooney. Likely she also receives various other rumors regarding her love life.

She receives different rumors that she was dating Jeremy Renner in 2010 and Alexander Skarsgard in 2012.

Charlize Theron looks younger than her age. She has a height of 5 ft 10 inches. Likely, she weighs 55 kg or 121 pounds.

And she has naturally brunette (dark brown) colored hair and now dyes to blonde color.

You may also like Jesse Spencer, Brian Blessed, and Kelly Osbourne.