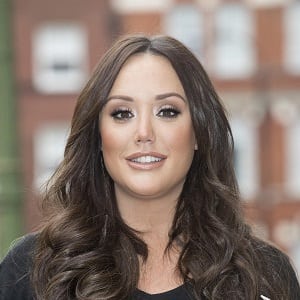 Charlotte Crosby dated reality TV personality Samuel Bentham in 2014. From 2014 to 2015, she has had an on and off relationship with fellow TV star Mitch Jenkins. Additionally, in 2015, she hooked up with Adam Gabriel.

Crosby was dating Joshua Ritchie. current, she is seeing another guy named Liam Beaumont, They started to date in March 2020.

Who is Charlotte Crosby?

Charlotte Crosby is an English reality television personality. People mostly recognize her for her appearance in the MTV reality series ‘Geordie Shore’.

Additionally, she won the 2013 season of ‘Celebrity Big Brother’.

Crosby was born in Sunderland on May 16, 1990, to parents Letitia Crosby and Gary Crosby. Additionally, she has a brother named Nathaniel Thomas Crosby.

She became interested in the world of acting since her childhood years. She is of British and English nationality. Furthermore, there are no details available regarding her ethnic background at present.

Talking about her education, Crosby attended St Anthony’s Girls’ School. There, she completed her A-levels. Furthermore, she considered studying criminology at university.

Charlotte Crosby initially made her debut in the TV series ‘Geordie Shore’. In 213, she also appeared in ‘Big Brother’s Bit on the Psych’. Additionally, she won the ‘Celebrity Big Brother’. She hosted the BBC Radio 1 Teen Awards in 2013. The same year, she appeared in ‘Celebrity Wedding Planner’.

Some other movies and television series that Crosby has appeared in are ‘The Crystal Maze’, ‘The Story of Reality TV’, ‘Britain’s Got More Talent’, ‘The Charlotte Show’, ‘Loose Women’, ‘Just Tattoo of Us’, ‘Celebrity Juice’, ‘Tipping Point: Lucky Stars’, ‘Celebs Go Dating’, ‘Up Late with Rylan’, ‘Through the Keyhole’, ‘Virtually Famous’, ‘This Morning’, ‘The Wright Stuff’, and ‘TV Od’ among others.

Crosby won the National Reality TV Award in 2017 in the category of Reality Personality of the Year.

Crosby has not revealed her current salary. However, she has an estimated net worth of around $1 million at present.

Crosby has become part of several controversies due to her feud with ex-boyfriend Stephen Bear. Additionally, she also sparked controversies after she released her diet update on Instagram in 2016. At present, there are no rumors concerning Crosby and her career.

Talking about her body measurement, Charlotte Crosby has a height of 5 feet 5½ inches or 166 cm. Additionally, she weighs around 58 kg or 128 lbs.