Posted on September 20, 2020 | In Entertainment , Interesting Facts , Lifestyle
Share this 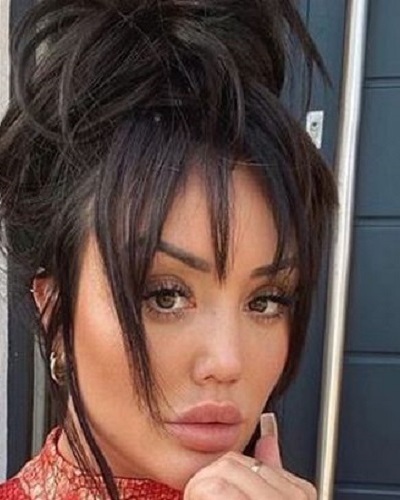 It has been four years now that the reality TV star, Charlotte Crosby left the show Geordie Shore in 2016. She is now doing a comeback and posted about it on her Instagram. The TV personality is thrilled and also sported a new gorgeous look on the post. The caption of her post was also shocking and defiant.

On Monday 14 September 2020, Charlotte Crosby posted on her Instagram. The post shocked her fans and celebrity friends. Because she was in a new stunning look. It caused a lot of stir on social media.

One week back, there was an announcement that she would be returning to Geordie Shore. This will be for a spin-off of the show called Their Story. And Charlotte confirmed that she is in the house after four years. She captioned her bold post:

In the post, Charlotte looked very different from what she normally looks. She had put her hair in a piled-up manner on her head. Her social media followers were stunned and immediately took to the comments section of the post to comment. The post garnered more than 81k likes. Nathan Henry complimented her for this new look:

“I cannnnnnottttttt deal with how gorgeous you are man!!!!!”

One fan of Charlotte talked about her boyfriend, Liam Beaumont, and wrote:

“get the goalie gloves our charlotte is a keeper.”

Many of her fans also wrote good messages for the TV star. They all were praises for her great looks and stated that she looked good and different. And the next day, Charlotte gave more proof of the fact that she will be filming for the show. She uploaded a photo of her in her bedroom and captioned it:

There were cameras around her.

Charlotte Crosby and her career

Charlotte has been a part of the show since 2011. She was the original cast member of it. And has been part of the show for 12 seasons. Her on/off relationship with her boyfriend at that time, Gaz Beadle was shown on the show. In June 2016, she left the show and announced this news on her Twitter handle. She was a popular cast member of the show and her fans were disappointed with her exit. But she went on to do another TV series The Charlotte Show. This show was also a success and now she has returned again to Geordie Shore.

The other fellow cast members who will be with her on the show are Aaron Chalmers, Holly Hagan, and Marnie Simpson. Charlotte’s ex Gaz Beadle would also feature in it. Charlotte had an ectopic pregnancy in 2016 and as a result, had one fallopian tube removed after it. She was dating Josh Ritchie from 2018 to 2019.

Christina Anstead second marriage with Ant Anstead did not work out! Know about their children and net worth in 2020
Tags : Geordie Shore reality TV star TV Personality