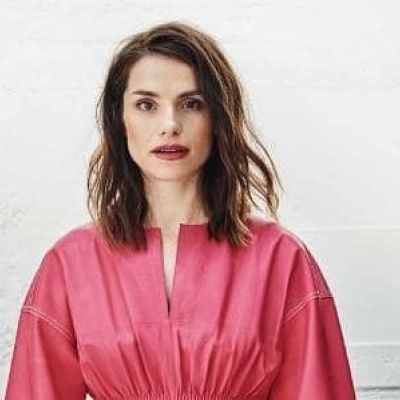 What is the relationship of Charlotte Riley?

One of the Hollywood sweet couple, Charlotte Riley and Tom Hardy are happily married to each other. Tom is a well-named English actor, producer, and rapper. The couple met for the first time on the cast of a British TV adaptation of Wuthering Heights in 2009.

Initially, they got engaged in the year 2010, and later on 4 July 2014, they tied the knot. Their wedding ceremony was attended by families and closest friends.

The couple welcomed their first child in October 2015. Additionally, they extended their family after welcoming their second baby in December 2018.

Who is Charlotte Riley?

Charlotte Riley is a well-recognized English actress and television personality. Riley is widely famed for her role as Sarah hurts in Easy Virtue(2008) and as Catherine Earnshaw in ITV’s adaptation of Wuthering Heights in 2009.

Moreover, she is also known for her role in a TV series, Peaky Blinders alongside an incredible cast that includes Cillian Murphy and Helen McCrory.

Charlotte Riley was born on 29 December 1981. At present, her age is 39 years old. Likewise, her birthplace is Grindon, County Durham, England.

Charlotte is the daughter of her father, Michael Riley whereas her mother is Margaret Riley. Moreover, she has two siblings named Simon Riley and Juliette Wagstaffe.

Talking about her nationality, Riley holds a British identity whereas her ethnicity is English, and Irish.

Regarding education, the star attended Teesside High School. Later, she studied at St. Cuthbert’s Society, Durham, and graduated with a degree in English and Linguistics. Riley also attended the London Academy of Music and Dramatic Art from 2005 to 2007.

Professionally, Charlotte made her acting debut in an episode of the British sitcom, Grownups featured in 2007. She portrayed the role of Chloe and her acting was highly noticed by the fans and audience. She was also featured as a guest star on Holby City and Inspector George Gently.

In the next year, Riley emerged as Emma in the short film, Survey No. 257. The actress then made her film debut in the year 2008 in the British romantic comedy, Easy Virtue. She got high admiration for her role. Charlotte then made her career highlighting appearances in the 2009 telefilm, Wuthering Heights.

It was an adaptation of the novel of the same name authored by Emily Bronte. Additionally, the star featured as Maggie Summers in the British drama, The Take. She starred in another TV film named, Spanish Flu: The Forgotten Fallen.

Freshly, in 2018, Riley bagged a lead role in the BBC drama Press. Later, in 2019, the actress performed the role of Lottie in the BBC mini-series, A Christmas Carol.

A talented English actress, Charlotte has earned a handsome amount of money from her profession. She has been active from the year 2007 till the present.

It is reported that Charlotte Riley has an estimated net worth of $8 million as of 2022. Likewise, her husband, Tom has a massive net worth of $30 million.

She has also appeared in the Mattessons Fridge Raiders commercials.

Riley has never been part of any controversial matter or rumors till now. The actress has been preoccupied with her professional and private life.

It seems that Charlotte prefers enjoying her personal life and does not want to merge it with her professional life.

39 years old star, Charlotte has gorgeous looks and an admirable personality. She stands at a height of 5 feet 5 inches. Also, she has a balanced body weight of 56 kg.

Furthermore, Riley has light brown eyes whereas her hair is light brown. Her body measurement is 34-23-35 inches(chest-waist-hip) respectively.

Regarding her social media presence, Charlotte Riley is an active personality on social media. Charlotte has more than 22.1k followers on her official Instagram account @charliemonkey_.

However, Riley is not available on Facebook at the moment.