Charly Arnolt is a Sports Announcer, TV Presenter. She interviews on WWE, ESPN. Charly is not dating anyone currently.

Charly Arnolt is reportedly unmarried and single. She prefers to keep her personal life low and is busy focusing on her career rather than being in relationships with anyone else. She is enjoying her single life. 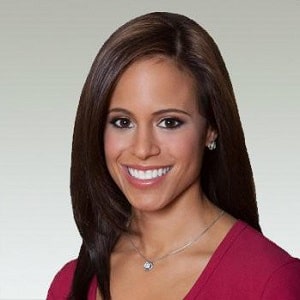 Who is Charly Arnolt?

Charly Arnolt, also known as ‘Charly Caruso’ where Caruso is her stage name, is an American TV Presenter, Sports Announcer, and WWE Interviewer from Indiana. She is reputed for working as a WWE interviewer for almost 2 years.

She was raised by her mother, Charlene May Arnolt, a speech-language pathologist in Indianapolis. Caruso has not revealed more information about her father and siblings.

She has done her schooling at North Central High School and she has completed her graduation from American University in Broadcast Journalism in the year 2010.

From 2010 to 2011, she started working for WSAZ-TV in West Virginia after her graduation. Then she worked as a general assignment reporter at WDAF-TV in Kansas City from 2011 to 2013.

She then returned home to Indiana and worked as a sports anchor/reporter in 2013 and she continued till 2015.

Charly Arnolt has begun to work on an independent project called ‘Backtalk Ball’ which was a web series on Youtube about football and basketball after a few months.

She got an offer from WWE and she started doing ring announcing and live events hosting by late 2016.

Currently, she is part of the regular backstage crew for Raw doing segments and interviews, and has done announcing for different programs like WWE Smackdown and Summerslam.

Charly has not been awarded and she has not been nominated in any category to date. However, we can expect that she will win an award in the nearest future.

Charly Arnolt has a net worth of around $500,000 USD (2022) and according to some media, she earns between $1270-$2117 per post on her official Instagram. Her major source of income is her professional career.

Caruso was rumored in 2016 that Caruso had a love affair with Seth Rollins who is one of the most talented WWE superstars when he tweeted pictures of a woman from the back after his breakup with Zahra Schreiber, the WWE diva. But the duo has never talked anything about being in a relationship.

To know about the early life, education, family, profession, the net worth of Edd China, Brock Motum, and Micki Velton, please click on the link.