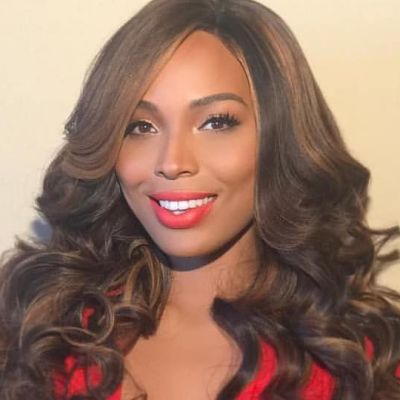 Who is Charmaine's Husband?

Currently, Charmaine Bey is in a happily married relationship with her husband Neek Bey who is also a tv celebrity. The couples met each other during the cast of “Black In Crew” and began to date since then on 2016. After three years of dating, they got married in 2019. After marriage, she added her name as Charmaine Bey.

They welcomed their first daughter, Nola Glenda Bey on 14 March 2020. She seems to be very happy with her husband and daughter.

Who is Charmaine Bey?

Charmaine Bey is an American radio and television celebrity. She is worldwide known for her role in the television show Black Ink Crew: Chicago, which premiered on VH1. She appeared as the shop administrator of the tattoo studio 9 Mag on VH1.

Charmaine bey was born to her parents, Mike Walker and Glendale Walker in Louisiana, the USA on February 21, 1990.

Currently, she is 31 years old and holds American nationality. She is of Pisces birth zodiac sign and her ethnicity is African-American.

Her both parents are dead. Her father died as he was the victim of esophageal cancer as well as was diagnosed with 4th stage cancer in June.

After 2 years of her mother’s death in 2019, she lost her father in 2021. She graduated from Howard University with a bachelor of science and no details of her siblings are revealed to the media.

Moving towards her social media profile. Charmaine Bay is present on Instagram with more than 1 million followers and has around 44.4K followers on her Twitter account.

She has a Tiktok account along with her husband Neek bey under the name Charmaine & Neek Bey(thebeys) with about 65.3K followers.

Likewise, there is an official Facebook page under the name Charmaine Johnise with around 346K followers.

Charmaine Bey worked in a Tattoo studio at 9MAG, which is in Chicago. The studio is famous for its unique and amazing tattoo skills and team up with celebrities.

After the reality African-American-based show titled “Black Ink Crew” which aired in 2013 on VH1, and emphasizes the tattoo shop in Harlem, New York.

After the entry of Charmaine Bey in the show, the show was renamed “Black Ink Crew: Chicago,” It is a significant breakthrough in her career that brought her a lot of fame and recognition. She appeared with Katrina Jackson also in the show.

On the other hand, she serves as a host in WGCI radio station where her show used to run on Sundays and Saturdays. She is the proprietor of her private website, through which she sells her cookbooks, aprons, dresses, and merchandise.

What is Charmaine Bey’s net worth?

The net worth of Charmaine Bey is estimated to be between 1 to 5 million USD. Though, she has not revealed her income and salary to the media yet.

Charmaine Bey wants to keep her personal life as closemouthed. So, she is not indulged in any rumors or controversies up to date.

How tall is Charmaine Bey?

Charmaine Bey stands at the height of 5 feet 5 inches and weighs around 68 Kg. Her definite body measurements are not revealed.

Similarly, she has a brown complexion with a couple of black eyes. She has hair of black color.