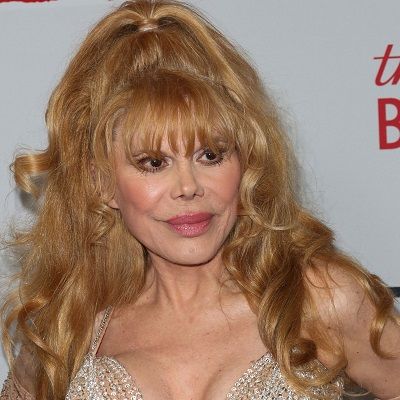 Charo is currently single. She is the widow of Kjell Rasten. They married on 11th August 1978. They have a son Shel Rasten. He is a drummer for the heavy metal band ‘Treazen’, actor and producer.

Charo’s son is a philosophy major at the University of Southern California (USC). Her husband committed suicide on 18th February 2019.

Charo is a Spanish-American actress, singer, comedian, and guitarist. She is known for her uninhibited manner, heavy Spanish accent, and vague age.

Charo won the ALMA Ricardo Montalban Lifetime Achievement Award. She has performed and recorded in various styles as a musician.

Charo was born in the town of Murcia, Spain on January 15, 1951. Her full name is Maria del Rosario Mercedes Pilar Martinez Molina Baeza.

Her father was a lawyer and her mother was a homemaker. In her childhood, her grandmother hired a music professor to give her weekly classical guitar lessons. Similarly, she has a sister Carmen Martinez Molina.

She studied classical and flamenco guitar in a school in Madrid for underprivileged children. She has stated in several interviews that she graduated with honors at 16 years old.

Charo first appeared on the US TV show ‘ The Today Show‘. From 1965 to 1967 she performed on ‘ The Ed Sullivan Show‘  with her husband. In 1968 she appeared in ‘laughing lasting a few minutes near the end of each episode. Her lack of fluency in the English accent played as a comic focus.

In 1971, she was headlining Vegas shows. She became a neutralized citizen of the US after a few years and she filed for divorce from her first husband. Throughout the 1970s she was a highly visible personality but in the late 1970s, Charo was being mentioned as an example of how overexposure could damage a celebrity.

She was seen playing guitar and singing, appeared in television commercials. The actress also appeared as a guest on Latin themed VH1 reality show ‘ Viva Hollywood’.

She was named the best flamenco guitarist in ‘ Guitar Player Magazine’. Similarly, she has played in many films and produced her albums. Her albums were hit at that time and she was seen in many TV shows as a special appearance and guest performer. Later she was also a contestant on ‘Dancing With The Stars.

Charo: Salary and Net worth

This Spanish-American actress’s salary is pretty impressive. Her average salary is $1.94 million. According to ‘Celebrity Net Worth‘, her estimated net worth is $12 million.

She was part of a controversy when she married 60 years old Xavier Cugat.

Her birth date has been subjected to controversy. Her official birthplace in Murcia including all her documents which stated her birth date as March 13, 1941.

After moving to the US, she revealed that she was born in 1947 and changed it to 1949. Later, the court announced her papers were wrong and her birth date was January 15, 1951.

Charo said in interviews that her parents allowed her to falsify her age to marry 60 years old Cugat to appear older.