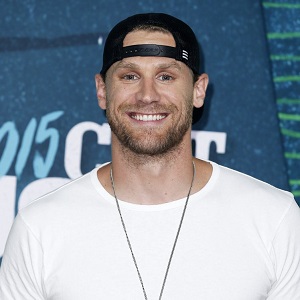 Chase Rice has kept his personal life private and out of the spotlight. He usually doesn’t talk about his private life in media and public. He prefers people focusing on his work rather than his personal life. He hasn’t mentioned about his affairs publically and has managed to keep it low profile. There is no any record of his marriage and divorce till now.

Who is Chase Rice?

Chase Rice is an American country music singer and songwriter. He co-wrote the single Cruise performed by Florida Georgia Line. He was a contestant on Survivor: Nicaragua, where he was the runner-up to Jud Fabio Birza.

Chase was born on September 19, 1985, in Margate, Florida, USA. His mother’s name is Connie Rice and father’s name is Daniel Rice. He has two brothers, Jesse Rice, and Chad Rice. He was raised on a farm in Asheville, North Carolina.

He attended AC Reynolds High School. After that, he attended the University of North Carolina at Chapel Hill, where he was a linebacker on the football team, but did not pursue an NFL career due to injury.

After graduating from UNC, Rice was selected to join the Hendrick Motorsports pit crew as the rear tire carrier for Ryan Newman’s Nationwide Series car. He also worked on Jimmie Johnson’s Sprint Cup Series car and won two championships with the Lowes team. His nationality is American but his ethnicity is undisclosed.

Rice began his career as a cast member of the reality television show Survivor: Nicaragua. He finished second in the competition. He began playing guitar in college. In 2015, he was voted by viewers as the 10th most attractive male contestant in Survivor history. His first studio album, Friday Nights & Sunday Mornings was released on April 22, 2010.

In April 2012, his Dirt Road Communion debuted as #48 on the Billboard Country Albums chart. In July 2012, he signed with Creative Artists Agency. He was a co-writer of Florida Georgia Line’s song “Cruise”, which topped Billboard Hot Country Songs. Chase released the lead single Whisper in February 2016.

His income and salary have not been revealed yet. But his net worth is around $3 million.

Chase Rice has a height of 6 feet 4 inches with a bodyweight 90 kg. He has black hair color is light brown and his eye color is blue.

Also know more about the early life, career, net worth, relationships, and controversies of other singer and songwriter including Meghan Andrews, Alexandra Lenas, Brandy Norwood, Lyrica Anderson, and Evan Dando.

Kristin Cavallari and Jay Cutler Slash the Price of Their Nashville Mansion: 27% discount of the initial price!!