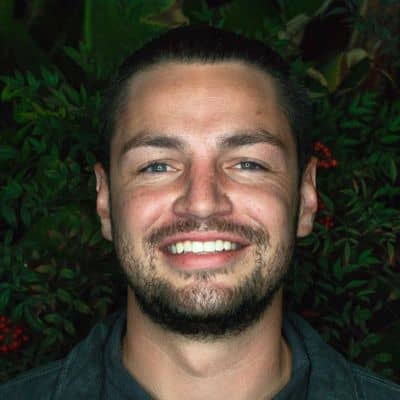 Talking about his love life, Chayces Beckham is presently single and he is not dating anyone at the moment. He might be focused on shaping his career as it has just started.

Moreover, he had a girlfriend before whose details are still not available to the public. Beckham seems to be very private in nature and hardly shares his things on the media.

Who is Chayce Beckham?

Moreover, he was one of the top three finalists of American Idol along with Grace Kinstler and Willie Spence.

Chayce Beckham was born on 18 July 1997. At present, his age is 24 years old. Likewise, his birthplace is Apple Valley, California, the USA.

Chayce is the son of his mother, Windie Beckham whereas his biological father’s details are not available. His stepdad is Terry Beckham. Moreover, she has a sister named Tiffani Beckham and Madison Beckham.

Talking about his nationality, Beckham holds an American identity whereas his ethnicity is Caucasian.

Regarding education, the singer has not disclosed his exact university information to the public. He might have completed his graduation from the renowned University of the town.

Initially, Chayce was a heavy machinery operator for three years. Like other kids, Beckham had normal younghood. Additionally, he worked for a company that rents out construction equipment like forklifts and tractors.

Moreover, Beckham was a member of a band that sang reggae music. He started to sing his own singles. The band was named Sinking Sailors created by four friends. It released a pair of EPs titled Take It Easy in the year 2017 and Long Sips and Bong Rips in the year 2018. Soon, he began creating his own songs.

In the audition of American Idol, the singer sang, What Brings Life Also Kills by Kolton Moore and Clever Few. The Judges were highly astonished by his performance and eventually, Beckham earned a golden ticket to Hollywood. Famous personality as well as one of the Judges, Katty Perry mentioned his voice felt like the heart of American and even dubbed him as a top-five contender of the season.

Additionally, he sang, You Should Probably Leave by Chase Stapleton. But, it did not reach his reputation level. However, after performing Live, Chayce showed his worth and earned the hearts of his audiences, fans, and judges.

Beckham sang Afterglow by Ed Sheeran and Drive by Incubus and reached Top 16 place. Likewise, he was judged safe for the Top 12, and there he sang Everything I Do I Do it For You by Bryan Adams. Chayce then climbed to the Top 10. Afterward, he sang Magic by Coldplay and an original song titled Mama at the Top 7 round.

Reaching the finale, Chayce was one of the finalists among the three. His other fellow contestants were Grace Kinstler and Willie Spencer. He sang Blackbird– Judges’ Choice song, Fire Away– Hometown song, and Afterglow-Reprise song in the finale and claimed the title of American Idol on 23 May 2021.

Additionally, he received a deal with Hollywood Records, owned by Disney.

Before winning the show, Beckham has earned a decent amount of money from his short music journey.

It is reported that Chayce Beckham has an estimated net worth of $250 thousand.

The active singer had gone through a rough patch before coming to American Idol. He lost his home, his dog, and his girlfriend for seven years. He was an alcoholic and had self-doubt.

Chayce was guided and supported by his family to overcome his problem. Other than that, he has never been part of any controversial matter or rumors till now.

It seems that Beckham prefers enjoying his personal life and does not want to merge it with his professional life.

24 years star, Chayce Beckham has dashing looks, attractive and muscular body. He stands at a height of 5 feet 9 inches. Also, he has a balanced body weight of 70 kg.

Furthermore, Beckham has blue eyes whereas his hair is dark brown. His chest-biceps-waist size is 40-34-15.5 inches respectively.

Chayce wears a shoe size of 9(US).

Regarding his social media presence, Chayce Beckham is an active personality on social media. Chayce has more than 192k followers on his official Instagram account @ chaycebeckhammusic.

He is also active on Twitter with around 14k followers. He has a TikTok account named chaycebeckhammusic with nearly 2k followers.

Moreover, Beckham is also available on Facebook with nearly 30.4k fans and supporters.