Posted on July 5, 2021 | In Health , Interesting Facts , Lifestyle
Share this 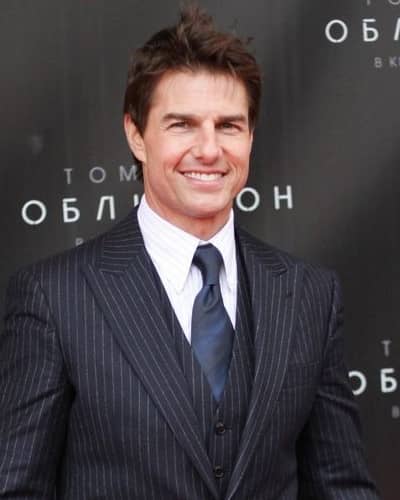 Age is just a number

Tomas has always proved to us that age is just a number. He was shirtless, dangling from a building for the filming of Mission: Impossible Ghost Protocol in October 2010 and looking absolutely hot. He even hung off the edge of the Burj Khalifa in Dubai the world’s tallest building without a double. His viral airplane stunt, in which he hung onto the door of an Airbus A400M as it took off and it was real. He also did his own motorcycle chase and learned how to hold his breath for six and a half minutes for the underwater document swap.

Just when everyone had had enough of their passionate love, they had a red carpet moment that no one could forget. He dipped Holmes down in front of everyone and kissed her. That kiss made golden years of Cruise and Holmes’ romance.

The couple got married in 2006 and unfortunately separated in 2012. They have a daughter named Suri.

Tom follows a low-calorie diet. He consumes no more than 1200 calories pr day.

Cruise does a variety of sports and activities, from sea kayaking, caving, fencing, treadmill to rock climbing to fencing to sweating it up at the gym, all of which helps keep him looking and moving like a younger man.

You may also like to read, Tom Cruise’s daughter Bella Cruise launches her own fashion line with inspiration from her mother, Tiger King, and the coronavirus!