Posted by MarriedBiography Posted on April 15, 2021 | In Entertainment , Interesting Facts , Lifestyle
Share this 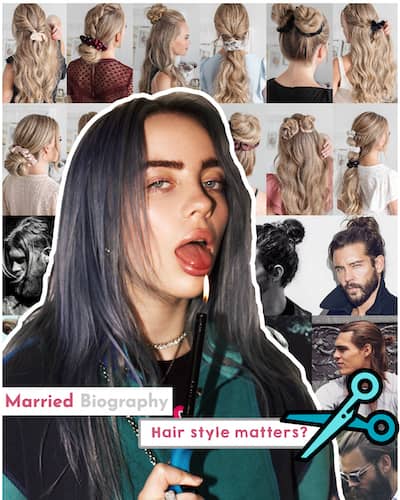 These are some celebrities who are never tired of changing unique hairstyles.

This Hollywood celeb has tried different hairstyles. Rihanna is one of the most known American singers with millions of fans and followers. She has listed in top worldwide best singers.

Kylie is an American social media, businesswoman, and model. She has her own cosmetic company named kylie cosmetics. She is also known for her youngest self-made billionaire.

This billionaire is always on the top of controversies for her looks and hairstyles. She often tries different hairstyles and colors. Once in a while, she matches her hair color with her car’s inner decor.

Kylie has tried short hair, ponytail, curly, ombre, half-up, updo, and many more. She is also famous for her color in a gala and red carpet looks.

She is a well-Known Hollywood singer and songwriter. She has received awards from Billboard music award and American Music award.

Halsey is best known for her short boy cut hairstyle in her music album “Bad at Love”. This singer often changes her hairstyles and hair color. She is fond of unique hairstyles.

Zayn is a famous male singer. He was an official member of one direction but in 2015 he officially left the group. Now, he is a solo singer with many solo albums.

This celeb is very fund of unique hairstyles and hair color. He is also famous for his handsome face and hairstyles. He has tried multiple hairstyles including faux Hawk, shaggy slicked back hair, Top Knot, blonde buzz, fade with spiky hair, and far more. Zayn also colors his hair in different colors like purple, silver, blonde, brown, black, green, and more.

Billie is one of the youngest American successful singers and songwriters. She is best known for her recent song bad guy. Many of her songs are listed on Top 50 billboard songs.

Jeffree is an American YouTuber, social influencer, former songwriter, and make-up artist. She owns a cosmetic company named Jeffree Star Cosmetic. She is famous for her unique style of makeup ideas.

Jeffree is very fond of different hairstyles and hair colors. She is often spotted with different hair color wigs. Here are some hairstyles she has tried bob cut, high ponytail, curly, bun, short hair, and more. She has dyed her hair in multiple colors including pink, blue, blonde, green, red, and many more.

Lady is an American singer, songwriter, and actor. She is best known for her look at the met gala. Her unique style of dressing, makeup, and hairstyle has amazed lots of fans and followers. She always chooses to be unique and special from other celebs.

She has tried different types of hairstyles and has dyed her hair in a different color. Fans can spot her in short hairs, ponytails. bun, bangs, curly, with different colors including blue, brown, black, blonde, ash, and many more.

Demi is an American singer, songwriter, and actor. She is a well-known singer with a huge number of fans and followers. Demi has maintained her looks with unique hairstyles and hair color.

She is also the talk of the town due to her multiple hairstyles and hair color. Demi has dyed her hair with blue, blond, light pink, brown, and many more colors. She has also tried various types of hairstyles like bun, shorts hair, bob, one side razor, and many more.

Nikita is a famous American YouTuber, social media influencer, and make-up artist. She is very famous on Instagram and social media. Her avatar has collected many fans and followers.

She changes her hairstyle quite often. Her hairstyles have inspired many fans. She has tried many hairstyles including short hair, ponytail, curly, braid as well as she has also tried different hair colors like orange, pink, blond, black, brown, silver, and many more.

6ix9ine is an American professional rapper and songwriter. He is famous for his energetic rapping skills. His album “Gummo” was the best hit in 2017.

6ix9ine hairstyle is on a whole different level. His hairstyle and looks are often changing. He often changes his hairstyle short hair, bun, and braid. He is always spotted in rainbow hair color likewise, he has also tried pink, blue, green, pruple, and more.

8 celebrities with their tattoos on their body parts and the reason behind their designs!
Tags : Celebrities hairstyle Celebrities lifestyle 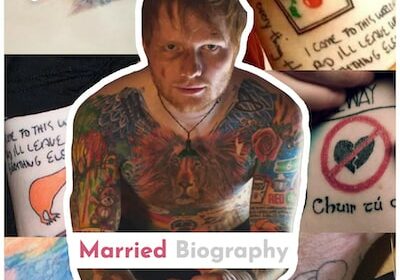