Chela is an Australian singer-songwriter who sang'Romanticise', and 'Zero'. He is currently single.

Chela is currently single. Also, she is very private about her personal life.

She likes keeping her personal life a secret and so far, she has been successful in doing so. There is no information about any of her past relationships.

She is more focused on her career right now. 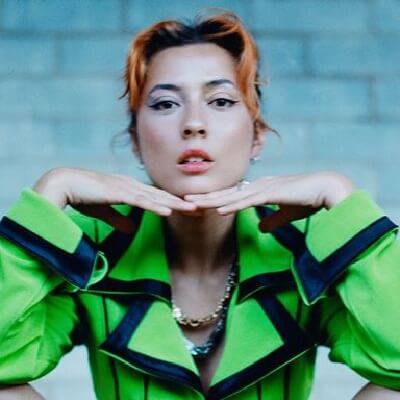 Chela is an Australian singer-songwriter. She gained international fame after the release of her singles, ‘Romanticise’, and ‘Zero’.

Chela was born as Chelsea Wheatley in Fremantle, Western Australia, Australia. She has not revealed the identities of her parents. He has one elder sister who is three years older than her.

Her sister was interested in music from an early age just like her. So, their father decided to provide them with both private lessons in singing, dancing, guitar, and piano.

She began producing her own music when she was 12 on Logic software. Throughout her teenage years, she played bass guitar in punk bands.

Her family moved to Melbourne when she was 15. It was a hard time for her and she credits punk and rock n roll music for helping her get through the trauma.

Her ethnicity is Filipino-Australian.

Chela has an estimated net worth in the region of $100k-$1 million as of 2022. Her primary source of income is singing. She earns money also by touring and performing in different venues.

Chela had started writing her music from an early age. She even wrote songs for other artists and made her own music.

It was in 2014 when she formally entered the music world by co-writing the song, Closure for her debut album by Australian singer, Owl Eyes called Nightswim.

2015 was a big year for her. In 2015, Bit Candy described her as someone with catchy, stand-out music different from other electro-pop artists of that year.

The same year, Pulse Radio included her in their list of ten electronic crossover acts to watch out for. Similarly, Spotify also recognized her in their Spotlight Artists.

She came to the international limelight in 2013 with the release of two singles, Romanticize, and Zero.

In 2017, she released the single, Bad Habits. A year later, an EP was released with its four remixed on Apple Music.

She has also featured in popular tracks of other artists such as Heartbreak and Fifteen.

Her hair color is red and her eyes are brown in color. She has not revealed her height and weight.

Similarly, there is no information about her body measurements for breasts, waist, and hips.

The Aussie musician has not been involved in any controversies. She is an exciting talent and people are waiting to hear more of her songs. So far, she has kept herself away from any kind of controversy and scandal.

She has not done anything controversial as of now in her career as a singer-songwriter so far. Similarly, there are no rumors about her.

You may also like to read the Bio, Career, Net Worth, Social Media, Relationships, and more about Julia Roberts, Kelly Clarkson, Britney Spears, and more.