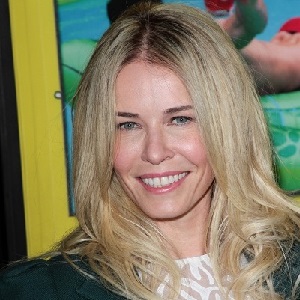 You can't fast-forward heartbreak, and you can't rewind love - and that's just one big bummer

What is the relationship of Chelsea Handler?

Currently, she is single and not dating anyone at the moment.

Chelsea Handler was in a relationship with Jo Koy. They made their relationship officially in 2021 through her Instagram accounts. Later on, on 2022 July 18, this duo got spilt.

She has been in a number of relationships in her life. She dated Ted Harbert, an American broadcasting and television executive from 2007 to 2010.

Who is Chelsea Handler?

She is also famous for her bestselling book Are You There, Vodka? It’s Me, Chelsea. Handler hosts her own talk show, Chelsea on Netflix since 2016.

Chelsea was born on 25 February 1975, in Livingston, New Jersey, USA. Her birth name is Chelsea Joy Handler. She is the daughter of Rita Handler (mother) and Seymour Handler (father). Her mother was a homemaker and her father is a car dealer.

She is the youngest of six siblings. She has two sisters and three brothers. They are Shoshanna Handler, Simone Handler-Hutchinson, Chet Handler, Roy Handler, and Glen Handler.

She is an American by nationality and belongs to Ashkenazi Jewish and German ethnicity.

Chelsea moved to Los Angeles, California, to pursue acting when she was 19 years old. At that time, she worked as a waitress. There is no information about her academics.

Chelsea Handler began her career as a stand-up comedian at the age of 21. She made her TV debut in the series television series Girls Behaving Badly in 2002.

After that, she hosted the first episode of the reality TV show On the Lot. Handler began hosting The Chelsea Handler Show on E! in April 2006.

She has appeared in numerous movies, TV films, and TV shows in her career. In July 2007, Handler began hosting her own show called Chelsea Lately.

After that, she appeared in the Internet-based program In the Motherhood in 2007. In addition to hosting and acting, Handler has made a big name in the writing field.

Chelsea’s five books are on the New York Times Best Seller List. She released her first book, My Horizontal Life: A Collection of One-Night Stands in 2005.

She hosted Chelsea Lately until 2014. Handler worked as an executive producer on the show Hello Ross from 2013 to 2014. Since 2016, she hosts her own talk show called Chelsea.

People Magazine named her one of the 100 Most Beautiful People in 2009. After that, Maxim magazine listed her #91 on the Hot 100 list that same year.

In 2012, Time magazine named her one of the 100 Most Influential People. She won the Bravo A-List Award for “A-List Funny” in 2009. She won the Comedy Person of the Year Award at Montreal’s Just For Laughs comedy festival in 2012.

A result of a successful career for such a long time has presented her fame as well as fortune. As of now, her salary is yet to be known.

Rumors were that Chelsea had an affair with Bobby Flay, a chef in 2016. She became a part of a big controversy when her sex tape was released in 2010.

After the controversy, she said on Chelsea Lately the tape “was made as a joke” more than 10 years earlier. She then added, “I put it on an audition tape for a comedy club, because I’m a comedienne, and I’ve been showing it at birthday parties for fucking years.”

Handler revealed that she had an abortion when she was 16 in a 2011 interview in The New York Times.

Chelsea’s eye color is Blue and her hair color is blonde her shoe size is 7 (US).

It’s Over for Chelsea Handler and Jo Koy after a Year of Dating! Find Out What Went Wrong!