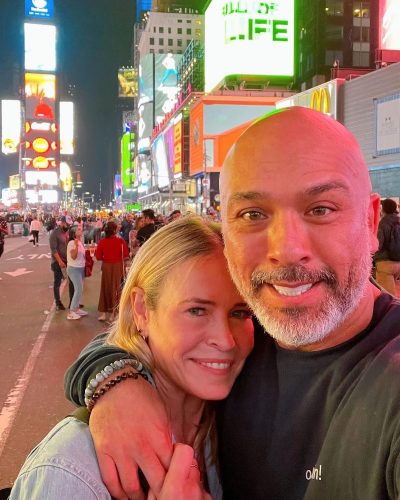 Chelsea Handler praised boyfriend Jo Koy and raved about how perfect he is for her. She revealed that he has renewed her faith in men. She shared pictures of the two of them.

“Do you know how hot it is to have a man be turned on by my honesty, strength, and confidence? Someone who loves the fact that I’m not going to take anyone’s s— and isn’t intimidated or emasculated by my fierceness? Jo has renewed my faith in men.”

She suggested to those who are still looking for their person to not adjust themselves or make themselves smaller.

“Be patient and never settle for anything less than you deserve. Your person is coming and sometimes—they’ve been standing in front of you the whole time,”

It has not been long since the couple made their relationship Instagram official. In September they publicly accepted that they are dating. Earlier that month, they were spotted getting cozy at a Los Angeles Dodgers baseball game. They were friends for more than 15 years before being a couple.

Also read Chelsea and Jo Koy are the perfect examples of friends turned into lovers?

Chelsea is an American actress, comedian, and producer. In addition, she is a writer and TV host. She is widely recognized for hosting the late-night talk show Chelsea Lately on the E! Network from 2007 to 2014.

She is also famous for her bestselling book Are You There, Vodka? It’s Me, Chelsea. Handler hosts her own talk show, Chelsea on Netflix since 2016. Read more bio…

How is Melora Hardin coping with her elimination from DWTS?
Tags : Actress Comedian