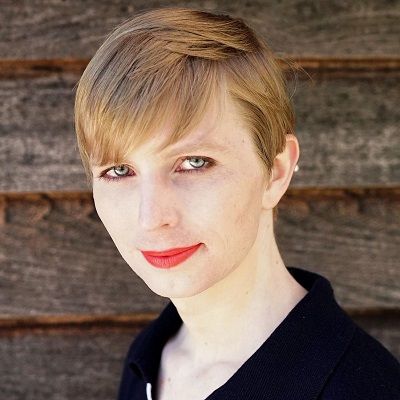 The fight for justice for the transgender community is largely invisible to our fellow citizens, despite the rampant systematic discrimination of trans people - those whose gender identity differs from the sex they were assigned at birth.

Unfortunately, it seems to me that when it comes to issues affecting the trans community, most people who are cisgender - a word describing those people whose gender identity is in alignment with the sex they were assigned at birth - focus too much on the administrative, legal, and medical aspects of trans identity.

A doctor, a judge, or a piece of paper shouldn't have the power to tell someone who he or she is. We should all have the absolute and inalienable right to define ourselves, in our own terms and in our own languages, and to be able to express our identity and perspectives without fear of consequences and retribution.

What is the relationship of Chelsea Manning?

Chelsea Manning is a transgender female and is currently living her single life. No detail of her married life, kids, and romance is available to our sources.

Who is Chelsea Manning?

He was charged with treason and imprisoned for the leaking of thousands of top-secret documents to WikiLeaks, a whistleblower organization founded by Julian Assange. While on duty in Iraq in 2009.

On the day after her sentencing, Manning announced via a statement on the morning talk show Today that she is transgender.

Chelsea Manning was born in Crescent, Oklahoma, the United States on December 17, 1987. Her birth name is Bradley Edward Manning and she is currently 34 years old.

Unfortunately, her parents divorced when she was 13 resulting in her moving out with her mother into a rented apartment in Crescent, Oklahoma.

During this period, Chelsea’s mother attempted suicide but was saved after her sister drove them to a hospital in the nick of time.

Whereas, Manning and her mother moved to Haverfordwest, Wales in November 2001. She has a sister namely, Casey Major who was born in 1976.

Casey took care of Chelsea as a child because their mother was an alcoholic. Chelsea holds American citizenship, but her ethnicity is unknown. Her birth sign is  Sagittarius.

Talking about Chelsea’s education history, Manning went to Tasker Milward secondary school located in the town of Haverfordwest where she continued to pursue his interest in computers.

Talking about her profession, in 2007, Chelsea joined the Army after her father’s constant persuasion. Chelsea also believed that joining the army might resolve her gender identity disorders.

Likewise, on joining the army, Chelsea was the target of severe bullying over here also. Additionally, this horrified and had a profound effect on Manning.

In the year 2009, Manning reportedly made contact with the WikiLeaks organization run by Julian Assange, after unsuccessful attempts at trying to contact The New York Times and The Washington Post.

In February 2010, Manning leaked hundreds of thousands of classified documents to WikiLeaks, while on leave in Rockville, Maryland. Sadly, Manning suffered from behavioral issues upon her return to Iraq. In addition, Manning then reached out to a stranger online.

This was a hacker named Adrian Lamo. Likely, Manning confided in Lamo about the leaks. Lamo subsequently contacted the Defense Department and informed them about the leak.

This led to Manning’s arrest. On 4 October 2016, the first night of her solitary confinement, she attempted suicide again. On 17 January 2017, President Barack Obama granted clemency to Chelsea Manning, cutting her 35-year sentence down to seven years.

In early 2018, Chelsea announced that she would be running against Maryland’s two-term U.S. Senator Ben Cardin in the Democratic primary.

She was awarded the ‘Whistleblowerpreis’ by the German Section of the International Association of Lawyers against Nuclear Arms and the Federation of German Scientists.

Further in December 2017, Foreign Policy (an American news publication) honored Chelsea by ranking her as one of its ‘forty-eight 2017 Global Thinkers’.

Talking about her salary she has earned that sum of money from her professional career is unknown. As of 2022, she has an estimated net worth of $21 million.

She was arrested on Friday after she refused to testify before a federal grand jury on matters relating to her 2010 disclosure to WikiLeaks.

Chelsea has a height of 5 feet 2 inches and she weighs is 48Kg. Chelsea’s hair color is brown and her eyes color is blue.