Known as the daughter of the lead vocalist of the legendary American band, Aerosmith, Steven Tyler.

Chelsea Tyler is a married woman. She is married to her long term boyfriend turned husband, Jon Foster. Her husband, Jon is an American actor and musician. He performs with her together in the electronic soul band ‘Kaneholler’.

The couple has also released two successful EPs. Foster proposed Chelsea in early 2014 and the pair got engaged. A year later, the couple exchanged wedding vows in Carmel, California, the United States of America on 20th June 2015.

The couple announced Chelsea’s pregnancy in September 2019. On February 21, 2020, Chelsea gave birth to a baby boy and named him Vincent Frank Foster. 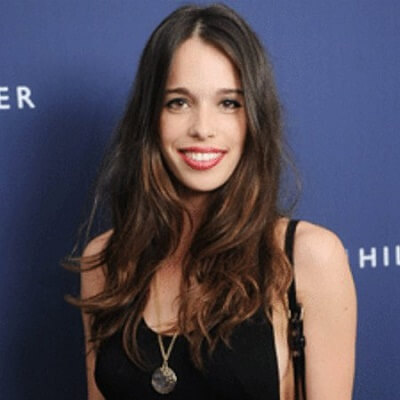 Who is Chelsea Tyler?

Chelsea Tyler is an American singer. She is best known as the daughter of the lead vocalist of the legendary American band, Aerosmith, Steven Tyler. Her father, Steven is a four-time Grammy Award winner.

Chelsea Tyler was born as Chelsea Anna Tallarico in Marshfield, Massachusetts, the United States of America on 6th March 1989. As of 2020, her age is 30 and her horoscope is Pisces.

Her parents are Steven Tyler (father) and Teresa Barrick (mother). Her father, Steven is a world-famous singer-songwriter and her mother is a clothing designer.

Chelsea’s parents married in 1988 in Tulsa and divorced in 2006. She also has an older brother, Taj Monroe Tallarico. She also has two younger half-sisters, Liv Tyler, and Mia Tyler, both actresses.

Her ethnicity is Mixed(Italian, German, Polish, and English).

Talking about her education, she went to Thayer Academy for her studies.

In 2009, she performed alongside her father Steven Tyler at the opening ceremony of the Thayer Academy Center for Performing Arts in Braintree, Massachusetts. Chelsea has been an active singer and actress in the entertainment industry for more than a decade and has worked in some movies and TV series.

Her husband, Jon Foster, who is a film and TV actor performs with her together in the electronic soul band ‘Kaneholler‘. The couple has also released two successful EPs.

Her father, Steven Tyler is among the 100 Greatest Singers by ‘Rolling Stone’. Also, he was number 3 on ‘Hit Parader’s Top 100 Metal Vocalists of All-Time. In 2001, he became a part of the Rock and Roll Hall of Fame with Aerosmith and in 2013, he was inducted into the Songwriters Hall of Fame.

There are no rumors about Chelsea. Similarly, she has not been a part of controversies. She has not done anything controversial so far in her life. She is very much focused on her career and family. Tyler is well-respected and loved by everyone.

She stands at a height of around 5 feet 8 inches. Also, she weighs around 58 kg. Her body measurements for breast, waist, and hips are 30-24-33. She has brown hair and brown eyes.

What does Chelsea Tyler do?