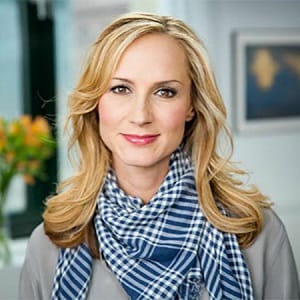 I would like to say when I turn the project over to the label that I have been successful. And that's truly the way I feel. But, in addition to the self-pride in 'making' a good album, to be honest, I'd love to have a hit record! If I have a hit, then I hope the people who like the hit song go out and buy my album so they can hear it all. Then

I will feel like I've been successful! I hope they like it all. Then, I'll know my time was worth the investment.

What is the relationship of Chely Wright?

Chely Wright has revealed in her memoir that she had sexual relationships with two women before her early thirties. During 2000, she dated country singer Brad Paisley.

Eventually, she came out as gay to members of her immediate family between 2004 and 2006. Later, she decided to come out publicly in 2007.

Wright announced her engagement to LGBT rights advocate Lauren Blitzer on April 6, 2011. The pair later married on August 20, 2011. The wedding took place in a private ceremony in a country estate.

She later gave birth to twins George Samuel and Everett Joseph on May 18, 2013. The couple’s marriage is going strong as there is no news regarding any extramarital affairs at present.

Who is Chely Wright?

She has collaborated with artists including Richard Marx, Indigo Girls, Brad Paisley, and Mindy Smith among others.

Wright was born as Richell Rene Wright in Wellsville, Kansas on October 25, 1970. She was raised in a musical family and hence she took piano lessons as a child.

Additionally, she began professional singing appearances at the age of 11. She realized at age eight that she was gay. She is of American nationality. Furthermore, she belongs to a mixed ethnic background of English and German.

Chely Wright initially released two unsuccessful albums through Mercury/Polygram. Later, she signed with MCA Nashville. Her third album ‘Let Me In’ had the song ‘Shut Up and Drive’ which was a hit. Furthermore, her fourth album ‘Single White Female’ produced her first gold album certification.

Wright’s other albums are ‘Single White Female’, ‘Never Love You Enough’, ‘The Metropolitan Hotel’, ‘Lifted Off the Ground’, and ‘I Am the Rain’. In addition, her compilation albums are ‘20th Century Masters – The Millennium Collection: The Best of Chely Wright’, ‘The Definitive Collection, and ‘The Ultimate Collection.

Apart from her work in the world of music, Wright is also involved in several philanthropy works. She is the founder of the charity Reading, Writing, and Rhythm. Additionally, her second charity, The Like Me Organization was founded in 2010.

A documentary film about Wright titled ‘Wish Me Away’ won the Grand Jury Prize, Best Documentary Feature in the Los Angeles Film Festival.

Wright has not revealed her current salary. However, she has an estimated net worth of around $9 million as of 2022.

There were several rumors which suggested that Wright might be lesbian. This later turned out to be true. She became part of a controversy in 2018 after she made comments about Mike Huckabee’s LGBTQ views.

At present, there are no rumors concerning Wright and her career.

Talking about her body measurement, Chely Wright has a height of 5 feet 7 inches (1.7 m). Additionally, she weighs around 54 kg.

She has a body measurement of 33-27-35 inches. Furthermore, her hair color is light brown and her eye color is dark brown.

In addition, she has over 23k followers on Instagram. Similarly, her Facebook page has more than 115k followers.