Cher Lloyd is an English singer, songwriter, rapper, and model. She finished fourth place in the seventh series of The X Factor in 2010. 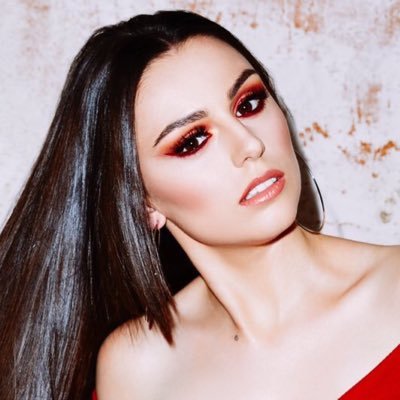 Cher Lloyd is a married woman. She married her boyfriend Craig Monk in a private ceremony on 18 November 2013. The pair got engaged in January 2012.

The couple welcomed their first child, daughter Delilah-Rae Monk, on May 25, 2018. The family is currently living together without any sign of divorce between the couple.

Who is Cher Lloyd?

Cher Lloyd is an English singer and songwriter. She came into the limelight when she finished fourth in the British reality music competition X Factor in 2010.

In addition, she secured a contract with Syco Music which eventually launched her music career.

She was born on the 28th of July 1993, in Malvern, Worcester, England, United Kingdom. She is currently 27 years old. She was born to Diane “Dina” (Smith) and Darren S. Lloyd.

Cher is of Romani descent on her mother’s side. She has three younger siblings, sisters, Sophie, and Rosie, and brother Josh Lloyd.

Her family belongs to Romani origin, and she spent the first year of her life traveling around Wales with her young parents in a caravan.

Cher holds British citizenship but ethnicity is a mix of English and Romani.

She took singing and acting classes at the theater arts school Stagecoach. Also, her uncle mentioned that she was teased and bullied by classmates due to her origins.

After a series of failures, Cher Lloyd finally made it to the seventh series of British talent competition ‘The X Factor’ with her seamless rendition of the Keri Hilson version of Soulja Boy’s original “Turn My Swag On” in 2010. She finished fourth in the show.

Moreover, she had a penchant for performing arts at a very young age and enjoyed performing in front of the bigger audience at school functions and parties.

Also, her debut studio album, “Sticks + Stones” was released on 4 November 2011. The album peaked at number four on the UK Albums Chart and charted at number seven in Ireland. The US version of the album debuted at number nine in the US Billboard 200.

There was a rumor that Liam Payne and Cher Llyod could not continue their relationship because of their busy schedules.

She has a height of 5 ft. 2 inches and weighs 51 kg. Also, Cher has dark brown eyes and dark brown hair. Her body measurement is 32-24-33 inches. In addition, she has a tattoo of an eye on her inner forearm.

One of her tattoo is a cage holding a bird to represent her deceased uncle while the other is of the heart on her ring finger as a tribute to her husband Craig.

To know more about Josie Canseco, Mario Barrett, and Huda Kattan, please click on the link.