Cherami Leigh is an American actress and voice artist. Cherami Leigh at present is married. She exchanged vows with actor Jon Christie

Cherami Leigh at present is married. She exchanged vows with actor Jon Christie on 13 April 2014.

Their wedding details are unknown but they are together since 2010. She and her husband have not welcomed any child yet. 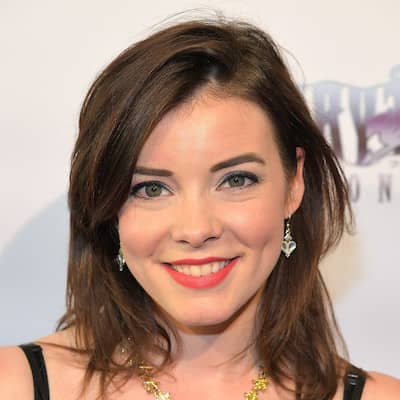 Who is Cherami Leigh?

Cherami Leigh is an American actress who is also a voice artist. She has been providing her voice in several animations and video games.

Her upcoming project Life After BOB: The Chalice Study where she played the role of Chalice will release soon.

Her birthdate is 19 July 1988 and the place she was born is Dallas, Texas, the US as Cherami Leigh Kuehn. The name of her mother plus her father’s name is behind the curtain.

Similarly, Cherami’s ancestry is not disclosed, and has a younger brother.

As per her academics, she attended Hebron High School. Also, she went to Collin College to study theater.

But she is mostly known for her vocal skills who is associated with hit English-language versions of Japanese anime series as well as video games.

She was Lucy in Fairy Tails, Aisa in One Piece, Minako Aino in Sailor Moon, etc. At present, she is busy in Baki as Kozue, Boruto: Naruto Next Generations as Sarada Uchiha, Fire Force as Amateratsu, and Black Clover as Loropechika.

Her other voice projects are,

As of 2021, she has an estimated net worth of around $1 million. The yearly salary received by her is not disclosed.

This amazing voice artist is keeping herself away from rumors and desperate scandals.

Cherami Leigh’s height is 5 ft 1 inch and her body weight is average. Furthermore, she has grey eyes and has dark brown hair.