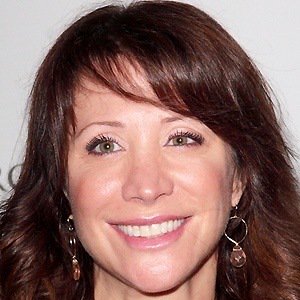 My sister really drooled a lot when she was younger. For her wedding, I was going to get her one of those lace drool cups that go around the ears.

I grew up pretty much entertaining myself. So I know what its like to be in a room by myself and having fun with something.

Who is Cheri Oteri?

Cheri Oteri is an American actress who is best known for her regular role on ‘Saturday Night Live’ from 1995 to 2000. She has made her appearances in numerous films and television shows such as ‘Just Groundlings’, ‘Just Shoot Me!’, ‘Southland Tales’, and many more.

She was born on September 19, 1962, in Upper Darby, Pennsylvania, USA. Her birth name is Cheryl Ann Oteri and she is currently 56 years old. Her father’s name was Gaetano Thomas Oteri who founded and was the CEO of a music publishing company ‘Of Music’, a record producer. Sadly, he was murdered in 2008.

Cheri holds American citizenship but her ethnicity is unknown.

Talking about her education history, she attended the Archbishop Prendergast High School in Drexel Hill, Pennsylvania.

She worked at A&M Records for four years and then joined famed comedy troupe ‘The Groundlings’. She performed a monologue during one of Kattan’s costume changes and led her to her won an invitation for SNL. Later, she was hired as a repertory performer in September 1995 as part of an almost entirely new cast.

Later, she made her appearances in movies such as ‘Scary Movie’, ‘Dumb and Dumberer: When Harry Met Llyod’, Shrek the Third’, ‘Southland Tales’, and many more. She made her guest appearances on television shows such as ‘Just Shoot Me!’ ‘Strangers with Candy’, etc.

Likewise, she gave her voice of Helen Klench in the Fox animated comedy series ‘Sit Down, Shut Up’ and hosted AXS Tv’s ‘Gotham Comedy Live’ on May 26, 2016, in New York City.

There was a rumor that she was dating American actor Alec Baldwin however, she now claimed that she is currently single.