Cherry Seaborn is married to Ed Sheeran and a mother of one. 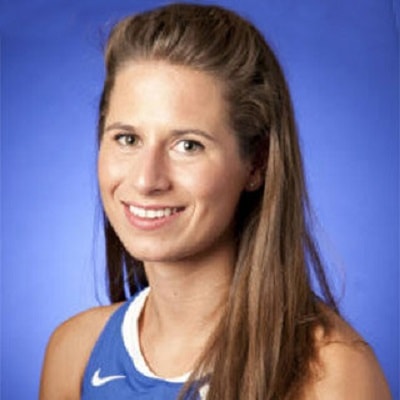 Cherry Seaborn is a married woman. She has exchanged vows with Ed Sheeran. They met for the first time when both were in middle school and were friends through high school but did not start a romantic relationship.

She moved to North Carolina to attend Duke University while Ed Sheeran dropped out of school to pursue a professional music career and hence got separated.

But, they met again a year later through mutual friends in their hometown and started dating in July 2015. The pair announced their engagement on January 20, 2018, that they had gotten engaged in December 2017.

Sheeran was spotted with a prominent ring on his finger a month later. Sheeran confirmed that he and Cherry Seaborn have married in Dec 2018 in front of about 40 friends and family. The wedding ceremony was held in Sheeran’s country estate in Suffolk.

The pair welcomed their first child in 2020. However, the child’s information is unknown.

Who is Cherry Seaborn?

She is also well known as the girlfriend and now the wife of British singer Ed Sheeran.

She was born in Suffolk, England on May 6, 1992. Her mother’s name is Ann Lancaster and her father’s name is Matthew Seaborn, who played cricket and soccer at the former Oxford Polytechnic in Oxford, England.

She has a brother Charlie Seaborn, who played rugby at the College of St Hild and St Bede, Durham University.

Cherry holds British citizenship but her ethnicity is Caucasian.

She joined Thomas Mills High School and then Durham University, graduating in 2013 with a Bachelor of Science degree in Molecular biology. After that, she attended Duke University and earned a Master of Management Studies.

She played for both Durham University and Duke University as a hockey player. With the Durham field hockey team, Seaborn had led her hockey team in the British University championship in 2012 and 2013.

Her team earned a bronze medal at the 2012 European Championships in Holland. Similarly, she played for Harleston Magpies Hockey Club, Saxon Tigers, etc. She reached 2007’s and 2008’s Under-18 national indoor finals with her club.

Also, Cherry Seaborn was selected for 2011, 2012, and 2013 England’s under-21 hockey squad, and won a bronze medal and a silver medal for European Championship and Volvo 4 Nations Championship.

She also worked for the accounting company Deloitte & Touche LLP, and previously at Wall Street in New York. Currently, she works as a British Advisory Consultant in New York.

She was named female Young Player of the Year in 2009. Moreover, her team became successful in collecting a bronze medal at the 2012 European Championships in Holland.

She must have accumulated a huge sum of money from her career. However, she has not disclosed her exact net worth, salary, and income. Her husband’s net worth is calculated at $110 million.

Cherry and Ed are rumored to be in a romantic relationship since 2015 and are successful to keep their relationship relatively under wraps.