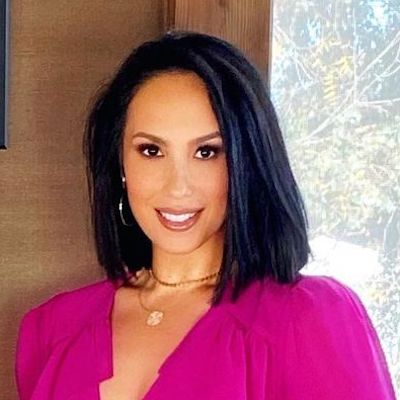 What is the relationship of Cheryl Burke?

Cheryl Burke is currently in a married relationship. She met her future husband Matthew Lawrence in 20o6 but they started dating in 2007.

Then they walked the aisle on  May 23, 2019, and the wedding took place in San Diego, California.

Who is Cheryl Burke?

Cheryl Burke is an American dancer and model.

The public noticed her for winning Dancing with the Stars seasons 2 and 3.

She became the first woman to win that dance competition show in a row.

In 2011, she printed her autobiography which is titled Dancing Lessons.

She was born as Cheryl Stephanie Burke on 03 May 1984 in San Mateo County, California, U.S. The name of her mother is Rosario Charito and her father’s name is Stephen L. Burke.

Cheryl’s ancestry is Irish-Russian and has a sister, Nicole. Her step-sibling is Mandy.

Talking about her academics, she attended Menlo-Atherton High School and passed out in 2002.

As a choreographer, he participated in season 2 of Dancing with the Stars. Her partner was Drew Lachey and they won the competition.

Then she was seen with Emmitt Smith in season 3 and this time also she won the show.

Cheryl then competed in other seasons of the show but unfortunately, she has not won since then. Her other appeared reality shows are The Oprah Winfrey Show (2006 and 2008), Jimmy Kimmel Live!, Keeping Up with the Kardashians (2011), Celebrity Name Game, Ellen: The Ellen DeGeneres Show, and more.

At present, her estimated net worth is around $450k US.

This dancer is recently grabbed the media’s attraction when in a podcast she apologized for her behavior in 2016 to Ian Ziering.

In that year, she said, among her dancing partners in the Dancing With The Stars show, Ian is the least favorite of them. But during the Pretty Messed Up podcast, she said sorry and hoped for a reunion with him.

Also, when Cheryl was only 5 years old, she and her sister were molested by a handyman named Gerry Depaula. For this crime, he spent 24 years in jail.

Regarding Cheryl Burke’s body features, her height is 5 ft 4 inches and her body weight is 58 kg.

Moreover, her eyes are dark brown, her long hair is dark brown, and has a medium skin complexion.

Her fit body figure is 35-27-36 inches and wears a shoe size of 6 US. She does cross-training and Plyometrics three times a week.

She also follows a diet that consists of three small meals and two times snacks.

Cheryl is available on social sites but not on Facebook.

Also, her TikTok account has more than 19.1k fans.