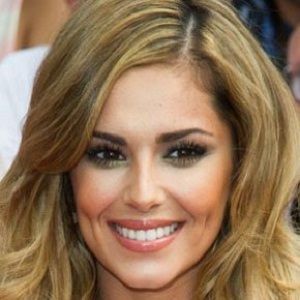 Team spirit spurs me on. I've always found it easier to be strong for other people than for myself.

Cheryl Cole has been married twice in her life. Her first husband was the famous English football player Ashley Cole. They got married on 15 July 2006 and divorced on 3 September 2010. After that, she got married for the second time on 7 July 2014, with the French restaurant owner Jean-Bernard Fernandez-Versini. They stayed together for two years and they divorced on 20 October 2016. She has previously been in relationships with Jacob Thompson, Derek Hough, a dancer, Taio Cruz, a  singer, and Tre Holloway.

She is currently in a relationship with the British singer-songwriter Liam Payne. They welcomed a son named Bear in March 2017. Cheryl and Payne announced they had ended their relationship in July 2018.

Who is Cheryl Cole?

Cheryl Cole is an English singer, dancer, and television personality. She rose to fame after winning a place in pop girl group Girls Aloud after participating in ITV’s Popstars: The Rivals. She is also known for being a judge on the UK version of The X Factor in 2008. She is a huge fan of The Black Eyed Peas.

Cheryl Cole was born Cheryl Ann Fernandez-Versini on 30 June 1983, in Newcastle Upon Tyne, England, UK. Her nationality is British and she is of English and Irish ethnicity.

She is the fourth of five children of Joan Callaghan and Garry Tweedy. Her parents separated at eleven years old.

She attended Royal Ballet School. After high school graduation, she enrolled at the Walker Technology College in 1994 and graduated in 1999. She began sequence dancing at the age of four.

Cheryl first appeared in a television advert for British Gas with her younger brother Garry Jr. when she was seven years old. After that, she occasionally appeared doing dance recitals on different television shows in the UK, such as Gimme 5 in 1993.

She rose to fame after winning a place in pop girl group Girls Aloud after participating in ITV’s Popstars: The Rivals in 2002. Girls Aloud released their debut album Sound of the Underground in May 2003, which entered the charts at number two and was certified platinum by the British Phonographic Industry (BPI) later the same year. Since then, she has released five albums with the band.

Cheryl Cole: Salary and Net Worth

In 2014, Cheryl returned as a judge on the UK version of The X Factor for its eleventh series at a £1.5 million contract. She has a net worth of 40 million dollars.

Cheryl was subjected to fierce criticism by X Factor viewers for refusing to vote for a little girl in 2010. She has also been on other several controversies in her career; however, she has never let any controversy ruin her career.

Cheryl Cole has a height of 5 feet 2 inches. Her body weighs 51kg. Besides these, she has brown hair. Also, her eyes are brown. Furthermore, her body figure measures 34 inches for breast size, 23 inches for waist size, and 33 inches for hip size. Additionally, her Dress size is 4 US.

Furthermore, also find out more about the early life, career, net worth, relationships, and controversies of singer, dancer, and television personalities like Brooke Hyland, Skylar Dunn, and Sharon Lawrence.

Cheryl makes only rare public appearances! Know the reason of her recluse behavior!