Previously he was dating Grace Helbig. They started dating in 2014 and broke up in 2017. Grace is also a YouTube star and hosts weekly primetime E! talk show The Grace Helbig Show. 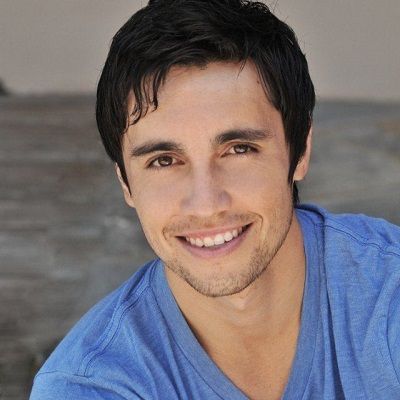 Who is Chester See?

Chester See is an American YouTube personality. He is a singer and actor as well known for his YouTube videos.

Similarly, he played the role of Stacee Jaxx in Rock of Ages on Broadway from October 2014 through January 2015.

Chester Lionel See was born on 20th April 1983 in Fairfield, California. He is the son of Frederick Clifton See and Lilia Zafra. His father is of English, German. Dutch and French and mother is of Filipino ethnicity.

His grandparents are Clifton Lionel See and Dorothy Faye Crosby. Similarly, he has a sister named Alysia.

Chester attended the University of California in Los Angeles, California. He graduated in 2005 with a BA in Economics and Theater Arts.

In 2006, he hosted Disney 365 which is an entertainment news program on the Disney Channel. The show ran until 2009. Similarly in 2012, he appeared in Yesterday, Today, Forever.

After that, in 2013 played Keith in the series Side Effect. He was also in an episode of RuPaul’s Drag Race. Likewise, in 2014, he played Jeff Sanford in Camp Takota.

Also, he was in the movie Bob Thunder: Internet Assassin and Dirty 30.

Chester has around 1.91 million subscribers on his YouTube. He started his YouTube channel in 2007. He was successful in writing lyrics for Warner/Chappell.

Likewise, Chester has produced more than 400 YouTube videos. He has gained over 275 million views.

He has been nominated for many awards. Chester received The Steamy Awards in Original Song category Whistle While I Work It.

Similarly, in 2014, his YouTube Channel was listed in New Media Rockstars Top 100 Channels. He was ranked 44.

The American YouTube personality has not been part of any big rumors and controversy.

He is 5 feet 9 inches tall and his weight is 61 kg. He has dark hair and brown eyes.

You may also read the age, parents, professional career, net worth, rumors and controversy, body measurement and social media of Jackson Mecham(YouTuber), Kate Elizabeth(Youtuber), and Niaalove1

Prince William and Duchess Kate Are ‘Shocked and Saddened’ by Manchester Attack at Ariana Grande Concert! Also See what President Donald Trump said about the Event!!