Chet Hanks is an actor who played the role of Blake in Empire.

Chet Hanks is currently single. He is the father of a baby daughter born in 2016. He welcomed his daughter Michaiah with Tiffany Miles.

Chet and Tiffany are not together. He claimed that his daughter has become a positive influence in his life and helped him improve.

Hanks has kept his daughter away from the limelight. Back in February 2019, he was spotted carrying his baby girl in La Quinta, California. They were visiting the park. Chet was wearing a black T-shirt with matching pants and boots.

Similarly, his daughter was in a pink skirt and gray sweater. He was photographed playing a swing with his daughter. 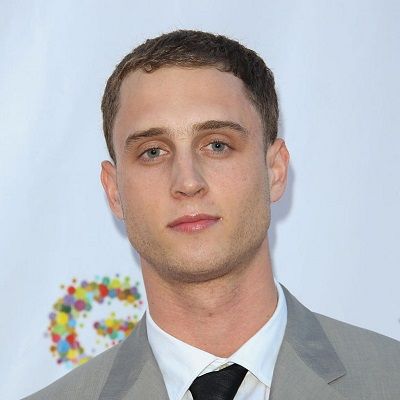 If my daughter wasn't born, I don't know if I would've made the change necessary. She saved my life, honestly.

And when she gets older, she'll know that. I'll tell her that. But yeah, I was really lucky in that sense.

Who is Chet Hanks?

Similarly, he is also an aspiring rapper with the stage name Chet Haze.

Chet Hanks was born as Chester Marlon Hanks on the 4th of August 1990 in Los Angeles, California, USA. His father Tom is active in the industry since 1977. He has appeared in several films Splash, Bachelor Party, Big, A League of Their Own, and others.

Similarly, his mother Rita Wilson full name is Margarita Ibrahimoff. She has appeared in films like Volunteers, Sleepless in Seattle, Now and Then, and others. His father was previously married to Samantha Lewes.

Likewise, he has a younger brother Truman Theodore. He lives with his family in Los Angeles, California, and Ketchum, Idaho. His ethnicity is mixed (English, Cornish, German, Scottish, Welsh, Portuguese, Pomak Bulgarian, and Greek).

His half-siblings from his Tom’s first marriage with Samantha are Elizabeth Hanks and Colin Hanks. Likewise, his brother Colin is also an actor, producer, and director who has appeared in Orange County, King Kong, and The House Bunny.

Talking about education, Hanks graduated from Northwestern University, Evanston, Illinois with a degree in theatre in the year 2013.

Chet’s parents were diagnosed with Corona

It is all over the news that Tom Hanks and Rita Wilson were diagnosed with coronavirus broke out. They were in Australia shooting a movie. Tom and Rita are the first high-profile celebrity who have tested positive for the virus.

Speaking about the situation, Chet said that his parents are strong and they are a fighter. So, there is no fear of being them being tested positive.

Chet appeared as Dexter in the 2007 movie Bratz. After that, he appeared as a student in the library in Indiana Jones and the Kingdom of the Crystal Skull. His other roles are in Shocktrooper, If I Can’t Have You, and Larry Crowne.

In the year 2015, he played the role of Jimmy Grimm in Fantastic Four. Similarly, his roles in TV series include in Maron, Tales, Curb Your Enthusiasm, Shameless, and Empire.

Also, Chet is a rapper and has rebranded himself as Chet Haze. He has uploaded several songs like Magician, We Are, Flip Flop, Rock The Party, Hakeem + Blake Battle, How Ya Luv That, One More Minute, About to Go Down Remix, and others.

In the year 2015, Hanks made headlines for defending his right to use the n-word as he is associated with hip-hop culture.

He was accused of cultural appropriation. When he attended the 2020 Golden Globes award with his father. He spoke in a Jamaican patois accent which made him part of the controversy. Chet was attacked by users on social media for his statement.

Chet is one of the celebrities who has faced drug abuse. He revealed that he was using drugs from the age of 16. In the year 2015, he got into trouble when he trashed a hotel room.

He went to rehab to handle his addiction. At present, he is sober and doing well. Similarly, he has helped other people to overcome problems with addiction.

Chet has brown hair and grey eyes. He is 5 feet 10 inches tall and weighs around 82 kg.

He has inked many parts of the body. Similarly, he has tattooed his daughter’s name on a heart that sits on one side of his heart.

Rapper-Actor Chet Hanks!! Is He Married? Does He Have Any Children? Let’s Take A Small Tour To His Relationship Details And Family